Golfers Racing BMWs for Cash? It Should Happen 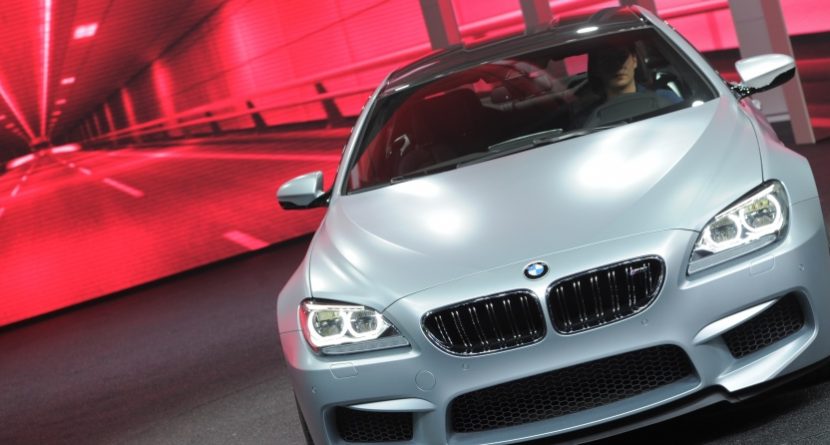 The FedExCup playoffs are great, aren’t they? Only the top 125 golfers get in, 25 get cut after round one, 30 more after round two, and 40 more after the third leg. That leaves just 30 for the Tour Championship – the who’s who of golf.

But really, only the top five players in the standings after this week’s BMW Championship have an actual shot at claiming the FedExCup, which comes with a nice little $10 million check. You can win the Tour Championship but not win the FedExCup – which is what happened to Phil Mickelson in 2009, when he took the season’s last title but watched Tiger Woods, that very same day, collect a check nearly 10 times bigger. So honestly, the BMW Championship is all about getting into the top five of the FedExCup standings, because then you have a chance at $11.4 million next week ($10 million for the FedExCup and $1.4 million for winning the tournament). Of course, guys want to be among the top 30 who get to hack it up next week in Atlanta, but really they’re there as appetizers to the entrees that are the top five.

With “BMW” and “top five” on the mind, that led us to conjure up what could be one of the most-watched events ever involving golfers not actually golfing. And our idea was reinforced when we saw Rory McIlroy and Gary Woodland hop in the new BMW i3 and whip around a course.

On Monday, after the BMW Championship is over and the top five are established, that quintet of golfers should race cars of BMW’s choosing for even more cash. Maybe the prize money each of the five guys wins this week gets pooled together, and the winner of the car race takes all? Maybe BMW pulls $1 million out of the overall $8 million purse for its tournament, and puts it up for grabs at the finish line of this car race? Maybe $2.5 million of the $10 million these guys could win next week goes to this BMW battle?

Even better, guys might be more motivated from the beginning of the season to earn enough FedExCup points to finish in the top five. Car aficionados like Bubba Watson and Ian Poulter might make one or three or five more appearances on the PGA Tour to get a few more points.

And really, the BMW Championship is the only event that could pull this off. It is literally the only sponsor on tour that could show off its product in such a dynamic way. The Shell Houston Open can’t. Wells Fargo Championship? AT&T National?

The John Deere Classic could do something with tractors – that could be interesting, but not nearly as tremendous as BMW. There are other car sponsors: the Hyundai Tournament of Champions, Honda Classic, World Golf Championships-Cadillac Championship. But no one ever dreams of racing a Hyundai, Honda or Cadillac. A BMW? Now we’re talking.

If things were to stay as is in the FedExCup standings, our five drivers this year would be Henrik Stenson, Tiger Woods, Adam Scott, Matt Kuchar, and Graham DeLaet. You may not know who DeLaet is now (he’s the Canadian with a playoff beard), but you would if he won the Race of the BMWs.