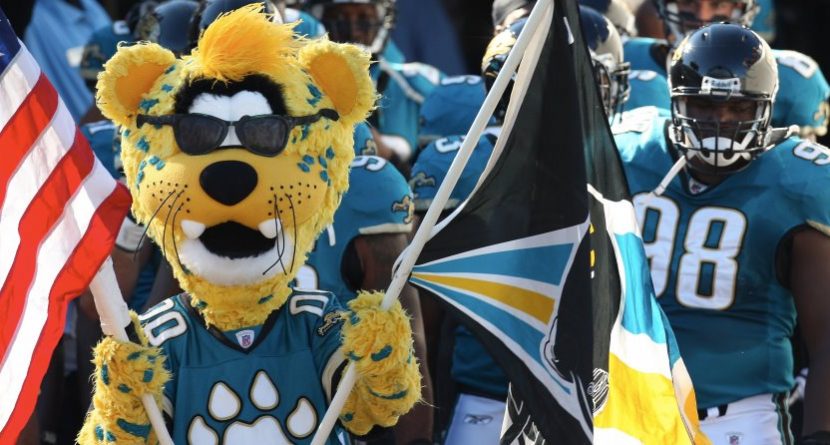 With the PGA Tour headquarters in Ponte Vedra Beach, Fla., just outside of Jacksonville, the NFL’s Jaguars are capitalizing on that proximity by inviting a Tour pro to compete in a halftime show at every Jacksonville home game this year.

Starting with rookie David Lingmerth at Sunday’s season-opener, a golfer and the Jaguars’ mascot, Jaxson de Ville, will each hit from the Sky Patio in EverBank Field’s south endzone to an island green at midfield. The island green idea, of course, comes from the famous 17th hole at nearby TPC Sawgrass.

If the pro gets his 125-yard shot closer to the pin – the more-likely scenario – then the Jaguars Foundation will donate $10,000 to a charity of that player’s choice. If Jaxson de Ville lands his shot closer than the pro’s, the Jaguars Foundation will give $1,000 to the player’s charity and every fan at the game gets a complimentary order of Papa John’s cheesesticks. And if either the golfer or the mascot sinks a hole-in-one, a fan selected prior to the game receives $1 million from the Jags.

At first glance, you’d think the Jaguars will be graciously giving away $10,000 every game, because honestly, how well can a person inside a large cat costume really hit a golf ball? Landing a 125-yard shot on an island isn’t easy in the most comfortable of golf clothes.

But then we saw a video of Jaxson de Ville teeing off at – yes – the 17th hole at TPC Sawgrass. And that cat’s got a swing:

Fantastic promotion. We’ll do our best to keep you informed of these golfer-vs.-mascot results.