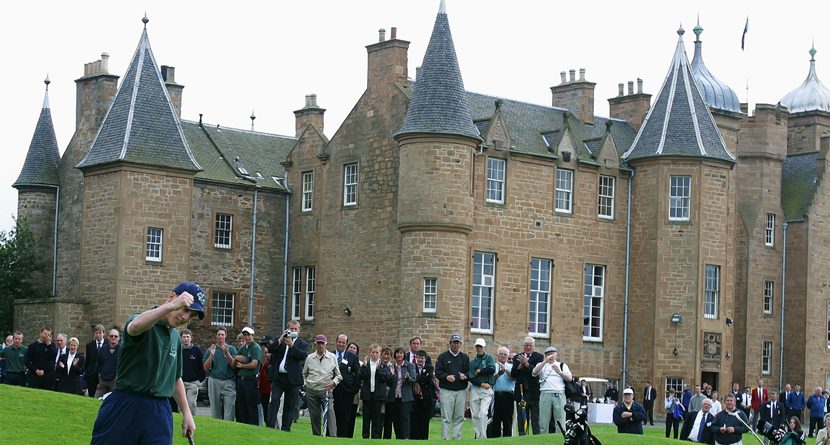 Golf legend Ben Hogan liked to say if you wanted to become a better golfer, the secret was in the dirt. But a handful of courses around the world are holding some much more serious treasure under the turf.

Usually when you slice your drive out of bounds, you know it’s gone. But at Al Ghazal Golf Club, a wayward shot is history. Many areas just off the fairways are archaeological sites where ancient wells, pottery and tools have been found. Some artifacts date to the Late Stone Age of 7,500 years ago, including primitive stone implements used for cutting and drilling. This archaeological find indicates that not only could our ancestors solve complex problems, they also knew how to use more tools than I do today.

Musselburgh made headlines earlier this year when human remains from 500 B.C. were found underneath one of its bunkers. But that’s not the only body buried at the links, which claim to be the oldest golf course in the world. The course’s second hole is called “The Graves,” and it’s rumored to be the final resting place for soldiers from the Battle of Pinkie Cleugh, fought nearby in 1547.

These days, our idea of hunting comes from Duck Dynasty, but remains at the Nashville Golf and Athletic Club are the real deal. A golf course landscaping project in the 1970s uncovered the remains of early humans that were engaged in mastodon hunting over 11,000 years ago. Since then, scientists have found evidence that these early North Americans also used the area to butcher the animals they killed. If only they had hung out for another 11,000 years, they could’ve set up a killer golf course snack bar.