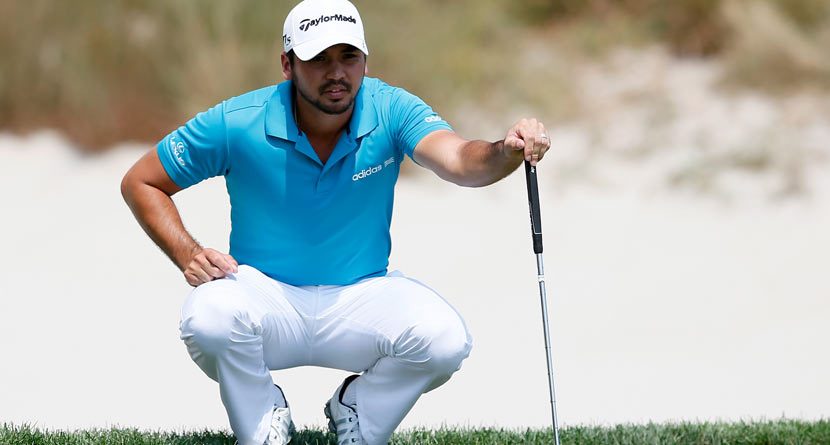 If you’ve been waking up feeling spry, loving life and experiencing a general feeling of euphoria this week, it’s probably because the U.S. Open is upon us. The season’s second major brings the second shot at glory and for one man, the shot at continuing his run at the grand slam.

All right, seriously though — Bubba Watson doesn’t stand a snowball’s chance in hell this week at Pinehurst, so we can move on from the grand slam talk. So, now that you know who ISN’T going to win the U.S. Open, here are a bunch of guys who will … or at least can.

With Pinehurst No. 2 playing somewhere in the neighborhood of a million yards long this week, you’ve got to look at Jason Day. Not only has Day been a runner-up in the U.S. Open twice, he also mashes the ball off the tee and hits it high and soft with his irons. It’s hard to imagine a scenario where a healthy Day doesn’t contend this week. I know I said much of the same about him before the Masters, but we’ll chalk up his T-20 at Augusta to that wrist injury he was nursing. This week he’s healthy and I expect the Aussie to contend. At 25/1, you’ll be sorry if you pass him up.

There’s no one out there that the people want to see win more than Phil Mickelson and I’d like to tell you that will happen, but honestly, who the hell knows? Mickelson finished second last year at Merion. He also finished second in 2002, ’04, ’06 and 2009. If you believe in trends, Mickelson’s next runner-up finish will come in 2016. He’s played pretty close to garbage the last couple of weeks, by his standards, and that’s not just from me, that’s from him. In his press conference Tuesday, Mickelson admitted, “I haven’t had the form this year to get excited.” But, at the end of the day, when it comes to Phil, you’ve got to zig when everything says zag. And so, at 15/1, I’m putting at least a c-note down on Lefty this week, albeit against my better judgement.

A guy who has been getting absolutely no love is Jonas Blixt and honestly, I couldn’t tell you why. The Swede has been playing solid golf all year, finished T-2 at Augusta in April and fourth at last year’s PGA Championship. This will be his first start in the U.S. Open and, if you believe in trends, he will probably fare very well because of it. He’s making just his fourth-ever start in a major and knowing his previous results at the PGA Championship and the Masters, you can do the math about how well he’s fared as a rookie. He’s done nothing but play well on big stages and when you combine the skills needed to succeed at Augusta and at Oak Hill, you’ve got everything you need to play well at Pinehurst. The best part about Blixt this week? The 80/1 payday, of course.

A sleeper pick at the U.S. Open is the Frenchman Victor Dubuisson. He picked up his first win on the European Tour late last year and ever since then has been one of the best players in the world. Despite missing the cut at Augusta in April, Dubuisson finished second to Jason Day at the WGC-Accenture Match-Play and most recently, finished runner-up at the Nordea Masters two weeks ago. Dubuisson is making only his third career start in a major but that shouldn’t scare you away. For a guy who many think could do for golf in France what Seve Ballasteros did for golf in Spain, picking up a major this early in his career would be huge … and at 80/1, so would your payday.

The final name I have for you this week is a guy that many are picking to do well in Pinehurst. Matt Kuchar seems like a guy on the verge of winning his first major championship. Really, it’s about the only thing he hasn’t accomplished yet in his career. He’s already had a good showing at Augusta this year and I think had it not been for a four-putt and Bubba Watson’s dominance on Sunday that Kuch could’ve slipped on a green jacket. Kuchar is a favorite this week with him getting just 20/1 money, but even that isn’t too bad considering most weeks you’d be hard-pressed to find him for that value.

If you’re looking for more names or ones I didn’t mention but still like this week, check out the action on the Graham DeLaet, Graeme McDowell, Billy Horschel and Miguel Angel Jimenez. If you wanna put some money on an amateur who’ll play well, put your money on Cameron Wilson or Matthew Fitzpatrick. And for good measure, one guy who could go “Michael Campbell” on all of our asses and collect the win is Kevin Na, who has never won on tour but is playing great golf right now and getting 125/1 this week.

OK, that’s it. Take those to the bank and hunker down for what promises to not be anywhere near as good as the tournament that took place here in 1999. Cheers!