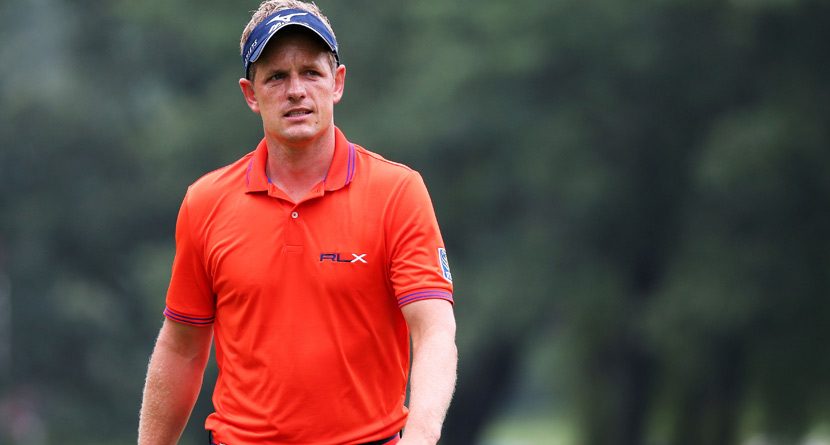 Well, it was another week, another first time winner on the PGA Tour. If only it had been the guy I picked and not Brendon Todd. Then, maybe I’d be on a beach somewhere instead of giving you the skinny this week.

Then again, life is too short to live in the past, especially when the PGA Tour rolls into Fort Worth, Texas, for the Crowne Plaza Invitational. This tournament has long been interesting thanks to its tie to Ben Hogan, propensity for providing proven winners and, in 2003, Annika Sorenstam taking a stab at playing with the men.

This week seems a bit unpredictable considering how many times someone has popped up and collected his first career win, as well as the fact that the last five winners of this tournament have come from behind on Sunday. And with guys like Graham DeLaet and Morgan Hoffmann lurking, it’s tough to tell who might win … unless, of course, you’re Golfstradamaus!

The first name this week has got to be Jim Furyk. Coming off of back-to-back runner-up finishes at the Wells Fargo Championship and the Players, Furyk deserves a win. He’s got a pretty solid track record here, having finished T-4 in 2012 and T-9 in 2009. At 15/1, he’s no surprise choice and you’d have to bet pretty heavy to earn anything significant, but that shouldn’t deter you from picking him this week.

Name No. 2 is a guy I took last week, who played well but came up just short on the weekend. I’m talking about Ryan Palmer and I have a feeling most people will be, too, come Monday. He’s getting 40/1 money this week at a place where he’s finished T-14 and fifth in his last two appearances, and just seven days removed from a top-25 at the HP Byron Nelson. It’s safe to say Palmer will be a factor this week at Colonial.

A guy I took a lot early on this year, and who played well when I did, is Graham DeLaet. Word is out now and everyone knows he’s probably the best player on tour without a win. After a strong performance last week at the Byron Nelson, it’s time to jump back on the DeLaet bandwagon. Somehow, he’s still getting 25/1 this week. I personally think he should be getting a little more respect but hey, I’m not going to complain; it just means more money in my pocket (and yours) on Monday morning.

Lastly this week, I’d like you all to take a look at Ben Martin. Having played some really good golf this year, most of it lately, with third-place finishes at the RBC Heritage and the Puerto Rico Open, Martin has to be on your radar in Texas. Sure, he’s never logged a top-30 at Colonial, but he’s also never played the quality golf he’s been playing lately. At 80/1, he’s a solid low-risk/high-reward pick this week.

What’s this? Bonus picks from Golfstradamaus? That’s right, I’ve also taken the time to break down the European Tour’s BMW PGA Championship. I figure it’s a big event with a high-quality field and if you’re like me, you’re probably putting some money on it. Here’s a look at the guys I think fare the best this week at Wentworth.

I know he’s coming off of a surprise breakup, but I still think Rory McIlroy gets it done this week in England. Rors is a former world No. 1 and a two-time major champion. He hasn’t been playing well and I’m sure the breakup was difficult on him, but at the same time, he broke up with her. He had his reasons and now, I suspect, he’ll be playing without the responsibilities and uncertainty that clearly lead to his sub-par (well, not literally sub-par) play lately. At 12/1 he’s the favorite this week despite all the hoopla surrounding him.

Name No. 2 is Padraig Harrington. Sure, he struggled on Sunday at the HP Byron Nelson, but he played well Thursday to Saturday, and encountered some really bad luck on Sunday. I don’t know that he wins this week but he’s certainly capable of it. The last time Harrington played in this event was in 2010, when he finished T-6. The three-time major champion is getting 80/1 money this week, making him a very good low-risk/high-reward pick.

It’s very hard not to like Martin Kaymer this week at Wentworth considering the roll he’s been on lately. Ever since collecting a career-best T-31 in the Masters, Kaymer has had four top-30 finishes in America and ended a nearly three-year winless drought by winning the Players Championship at TPC Sawgrass. The former world No. 1 is getting 25/1 money this week, providing solid return on a guy who is a quality pick this week.

Finally, you can’t be at Wentworth Club and not look at Luke Donald. If he doesn’t own the place already he’s literally just waiting for someone to die. The old saying, “horses for courses,” certainly holds true for Donald at Wentworth, where he won in 2011 and 2012. At a place with bunkers as deep and greens as demanding as Wentworth, it’s no surprise the Englishman with deft touch would love the place so much. At 12/1, he’s installed as one of the favorites and is probably the safest pick of the eight I’ve given you this week.

That’s it from me, kiddies. If Darren Clarke (500/1) wins this week, then I’ll catch you later. I’ll be on vacation for a long time.