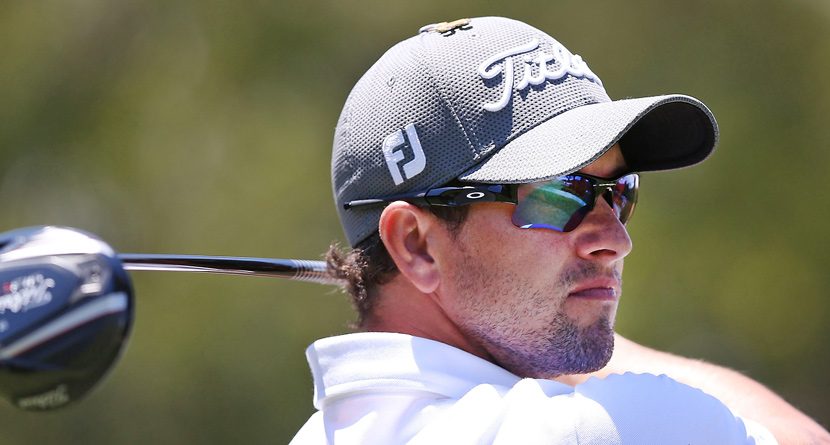 “Everything is coming up roses for Adam Scott lately and Jason Day is a supremely talented player who is close to breaking through for a major title […]and unquestioned greatness. Being as hot as they are and playing a home game is the perfect formula for World Cup domination” – Golfstradamaus 11/20/13

I wish I could say I hate to say I told you so but, I don’t. I absolutely love saying I told you so. So here it is: I TOLD YOU SO…

I also had Denmark playing well as a team (finished 3rd) and mentioned Thomas Bjorn potentially having a solid week, so Golfstradamaus is riding pretty high. With that in mind, I highly recommend you listen up to this week’s picks. Everybody  could use a little extra scratch, especially this time of the year, and what better way to earn it than by using someone else’s superior knowledge to win you some dollars? Golfstradamaus is at your service.

Once again, it’s all about the Aussies this week as the best in the world head to Royal Sydney Golf Club for the Emirates Australian Open. This week could be an historic one for Adam Scott. Scott has won the first two legs of the Australian Triple Crown this fall and is looking to win all three in the same year. He also finished T3 at the ISPS Handa last week, teaming up with fellow countryman Jason Day for the title. Scott goes off at 5/2 this week which are great odds for a guy who has finished first, first and T3 in his last three starts.

Despite not having really shown too much muscle lately, perhaps this is the week that Rory McIlroy comes out of his slump. Fresh off a night out with the legendary Ron Burgandy and playing in a field that features a few of the hottest players in the game but isn’t too deep, I expect big things from Rors this week. Going off at 6/1 are great odds for as sure a thing as this two-time major winner is.

Another player who has been loving this run through Australia is American Kevin Streelman. Streels picked up his first Tour win at the Tampa Bay Championship this past summer and has had a couple close calls since, including last week at the World Cup. He teamed with Matt Kuchar to take second in the team standings and though he did struggle on the weekend, managed a solid T8 on his own. For a guy playing as well as Streelman, a 30/1 payout is a decent gamble.

Two other guys worth a look are Robert Alleby and Steven Bowditch. Both are playing home games this week and both have historically played well Down Under. Going off at 40/1 and 60/1 respectively, both players are good bets for big returns on a little investment.

While the European Tour is in South Africa for the Alfred Dunhill Championship, there really is only one player worth throwing the dough on and that is Charl Schwartzel. The Masters champ is only at 3/1, so you’d really have to pony up some dough if you want a big return. While there are a couple other guys who are capable of winning this tournament, it really seems like it’s Charl’s to lose. Orum Madsen snuck past him last week for his first career win and at 40/1, it’ll pay well if he can pull the trick in back to back weeks. That, however, is highly unlikely. I’ll take Schwartzel or The Field this week in South Africa.

Hopefully, this peek into my crystal ball will help you out and help line your pockets. Until next time, dear friends and degenerate wagerers, have a Happy Thanksgiving and go and choose wisely…

Related Link: 9 Things Every Golfer Should Be Thankful For