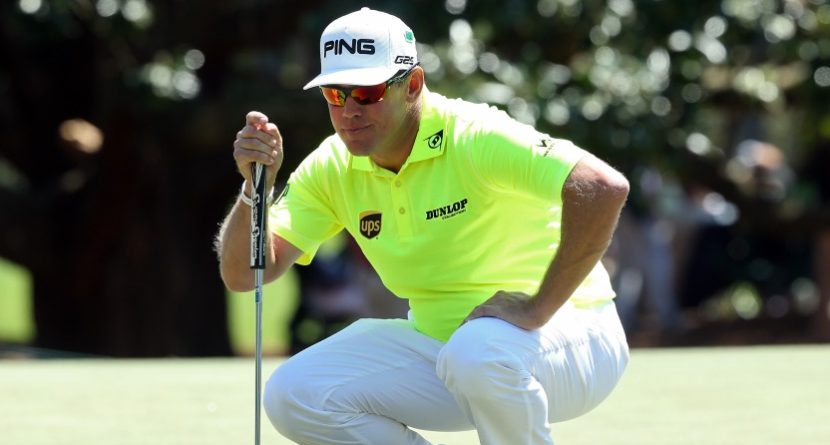 “Matsuyama will be a favorite very soon and will collect his first victory at some point this year. I promise.” – Golfstradamaus, 2/11

I may not have called it last week, but I did predict that Hideki Matsuyama would win a tournament this year. It didn’t take too long from the time of my declaration for the Japanese prodigy to find his way to the winner’s circle, which obviously doesn’t come as a surprise to me and it shouldn’t to you either.

This week, the PGA Tour is in Memphis for the FedEx St. Jude Classic. Last year, Harris English picked up his first career win on the PGA Tour. This year, there have been nine first-time winners in 28 events, begging the question: Where are these guys coming from?

Lately, I’ve been getting in trouble by picking guys in consecutive weeks, and then having them win the first time I don’t pick them because I’m tired of being let down (Matt Kuchar, I’m looking at you, bud). This week, I will not be made to look foolish by not picking Ryan Palmer. Coming off a T-5 at Colonial and headed to a place where he has finished T-3 and solo fourth in his last two trips, I expect big things this week in Memphis. Palmer isn’t a flashy pick, but at 20/1, he is a smart one.

Paul Casey has been playing some great golf lately and seemingly has nothing to show for it. In 10 starts this year, the Englishman has collected six top-20 finishes. It seems one round a week costs Casey a shot at his first PGA Tour win since 2009. This week, I think he keeps it together and picks up the 14th win of his professional career, and at 30/1, picking him could benefit your bank account nicely.

The third name is one that I took a couple times early in the year, but one who hasn’t really performed up to snuff until recently. Billy Horschel has played some solid golf following a slow start, finishing T-15 last week at Jack’s place. He also led the field in GIR, something we’ve known Horschel could do since he hit all 18 greens in a round at Merion last year during the U.S. Open. He finished 10th in this event last year as part of his hot summer run, and this week, at 50/1, Horschel is an excellent choice. Another name to keep an eye on this week is Lee Westwood. With the next major championship less than two weeks away in the U.S. Open, Westwood needs to round into form if he wants to get his name off the dubious list of “best to never win a major.” He has a pretty solid track record at TPC Southwind, finishing T-11 here in his last appearance three years ago. This week he’s getting 20/1 money, making him a decent choice. The last name this week might be a bit of a long shot, but his play as of late has been way too good to ignore. David Toms is a veteran of the PGA Tour and a former major champion whom many have been trying to prematurely put out to pasture on the Champions Tour. But at 47, Toms has kept pace with the young guns on the PGA Tour just fine, finishing T-5 last time out at Colonial and qualifying for the U.S. Open during sectionals just a few days ago. He’s also won this tournament twice. All of that and the fact that he’s getting 40/1 money makes David Toms an excellent choice this week in Memphis.

There you have it, kids. Don’t be kicking yourself when you check back next week and find out I was right. Just do yourself a favor and listen up now. Your wallet will thank you.