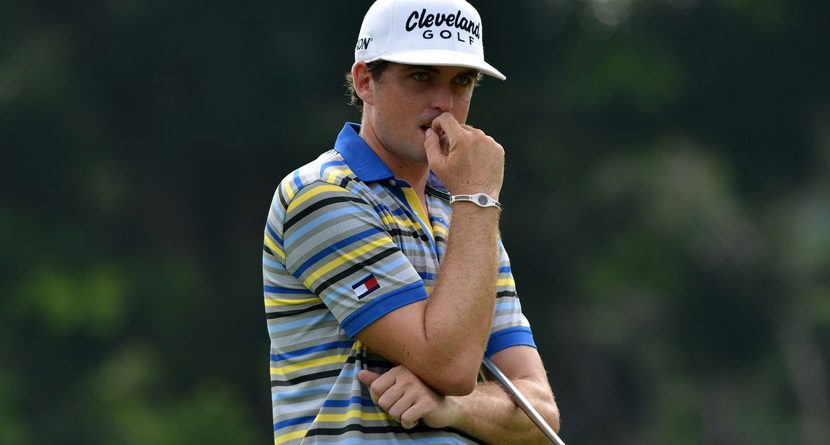 What can I say about last week? Martin Kaymer has been a ghost since 2010 and, all of a sudden, decides he knows how to play championship golf again. Good for him, but there’s something heartbreaking about picking the second-, third-, fourth- and sixth-place finishers in a tournament. It shows the world you clearly know what’s going on without the benefit of a generous payday.

Anyway, there’s no sense living in the past when the present is right in front of you. This week the PGA Tour is in Texas for the HP Byron Nelson Championship. If you’re looking to place some bets and make some money, I’ve got just the guys for you. So get your pencils ready and take notes.

If you’re going on previous experience, the best bet this week is Keegan Bradley. The Vermont native and 2011 PGA Champion has enjoyed great success on this track in the past and I look for that to continue this week. Bradley won here in 2011 and is getting 20/1 money this week, making it a great opportunity for both Bradley and myself to bounce back.

Speaking of bouncing back, Jordan Spieth needs to play well this week. He’s at home in Texas and in the last month or so he’s had great opportunities to win both the Players Championship and the Masters, yet ended up letting both slip through his fingers. People are looking to see how resilient he can be, and a win this week would do wonders for his confidence going forward. At 12/1, Spieth is the favorite, so a win wouldn’t be a surprise.

A guy that I’d really like to see win this week is Morgan Hoffmann. Along with a top-five here last year, he’s also coming off a T-17 last week at the Players. Hoffmann has been kind of up and down the last two years, playing well and then missing cuts, then turning it back on again … making it tough to predict when he’ll get his first win. But hey, he’s played well lately and at 80/1, I certainly hope hope he gets it this week.

Brian Stuard is a great choice if you’re looking to catch lightning in a bottle and cash in big. Stuard is getting 100/1 money and has played well as of late. He did miss the cut at the Wells Fargo, but finished T-5 at Harbour Town and T-17 last week at the Players, making him an excellent sleeper pick this week in Texas.

The last name I have for you is Ryan Palmer. The Texas native has played really well here in the past and looks to regain the form he showed earlier this year when he finished second at the Honda. At 30/1, it’s no secret how well he plays here and that means there could be a really solid payday should he finish out front this week.

There you have it, kids. If you want to go ahead and make some otherwise ill-advised purchases this week, feel free. But there’s no way you can lose if you trust me and put your shekels on the names above. Until next week.

Other Hot Links:
– 5 Things You Need to Know: HP Byron Nelson Championship
– Rickie Fowler Takes the Wheel at AMG Driving Academy
– The Fringe: Bubba Buys A Bunch of Burritos For His Buds
– Rickie Fowler Talks Life, Legacy on Latest “Bubba Watson Show”
– How You Can Help PGA of America Honor Our Veterans