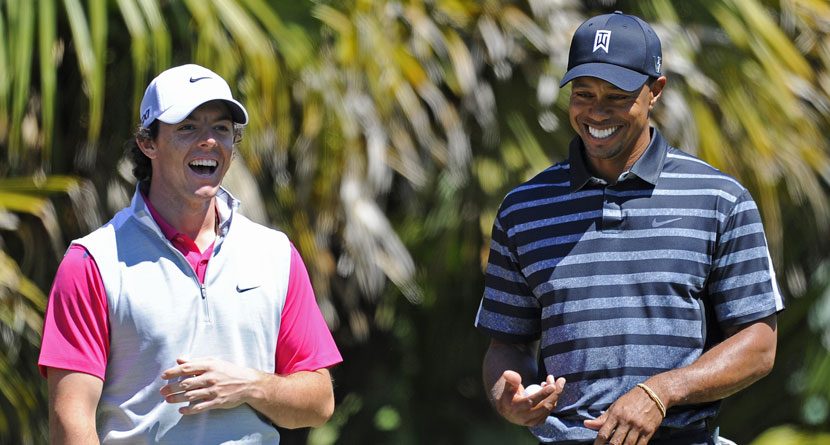 “I want you all to take a good, hard look at Canadian Graham DeLaet. DeLaet had a career year in 2013 and is ready to

So, DeLaet didn’t get the win in La Jolla but he did tie for second and I promise you, that first win is close. Actually, despite not predicting a victory, it was still a solid week for Golfstradamaus. Rafa Cabrera-Bello (T-3) and George Coetzee (T-5) had, as predicted, great weeks in the desert to go along with DeLaet’s runner-up at the Farmers. So I’m getting back in the groove and I smell victory this week.

I’m sticking with Graham DeLaet this week in Phoenix because I really, truly believe that he’s going to break through and soon. At 25/1 this week, he’s still offering a great return for whatever you feel like putting down. DeLaet carries a lot of momentum this week after finishing 69-68 at Torrey Pines despite having missed the cut at the Waste Management last year.

Next up is Keegan Bradley. Bradley finished T-24 and T-15 in his first two appearances at the Waste Management Phoenix Open and finished T-16 last week at Torrey Pines, four shots shy of eventual winner Scott Stallings. Bradley knows how to get it done in pressure situations and I’m sure he’ll relish the chance to play the “stadium hole” and make a mark in one of the most electric settings all year that isn’t a major. At 20/1, Bradley is very low risk/high reward this week. Back9Network’s Padraig Harrington made his first appearance in this event last year and turned in his first of three top-10 finishes of the season. Harrington needs a good finish (actually, a win would do him wonders) this week in Phoenix and based on his recent performance here and the 80/1 payout for a victory, He’s certainly worth a look this week.

The first time anyone really heard of Rickie Fowler, it was probably when he finished second in this event in 2010. Fowler had a brutal time at the Farmers last week, missing the cut and shooting 77 on Thursday. No matter, though, as I believe Fowler’s off-week at Torrey Pines. At 40/1, the juice is worth the squeeze with Rickie.

Anyone who thinks Tiger Woods is going to have back-to-back awful weeks is a fool and with Rory in the field this week, too, getting Woods while he’s paying 6/1 is a steal. There really isn’t much to say about Woods resume or his struggles last week since he’s arguably the most scrutinized athlete alive today, so I’ll just say “trust me,” and count on Tiger this week in the desert. Rafa Caberea-Bello has been playing like a man possessed these last two weeks and I think with a familiar course and favorable weather conditions that Cabrera-Bello is a very smart choice this week. If you believe in momentum you know that you’ve got to strike when the iron is hot and before people start paying too much attention. Right now He is technically one of the favorites at 25/1, but that’s still a massive payout compared to the 6/1 of Woods and the 7/2 for McIlroy.

It’s hard to ignore that success that Peter Hanson has had in the desert over the course of his career and I think it’s high time he turns those good finishes into a win. Hanson also has followed a bit of an odd trend; he’s claimed two wins a year every two years since 2008. If you’re smart, you’ll take the 40/1 odds this week and run with them. Speaking of Rory McIlroy, I’m not going to be the guy who picks against him this week. Rory has been hot ever since he proposed to Caroline Wozniacki and tying up a few other loose ends off the course. Yes, yes, 7/2 is not a terrific pay out but as I’ve said before, McIlroy is the closest thing you’ll find in this game to guaranteed money.

There you have it, kids. Another great week of golf around the world and you, with the secret betting weapon in your back pocket: Me! I wish the best of luck to you all but most specifically to those mentioned here. Golfers I chose. If you’re reading this, please, pick it up. I need a win in the worst way.