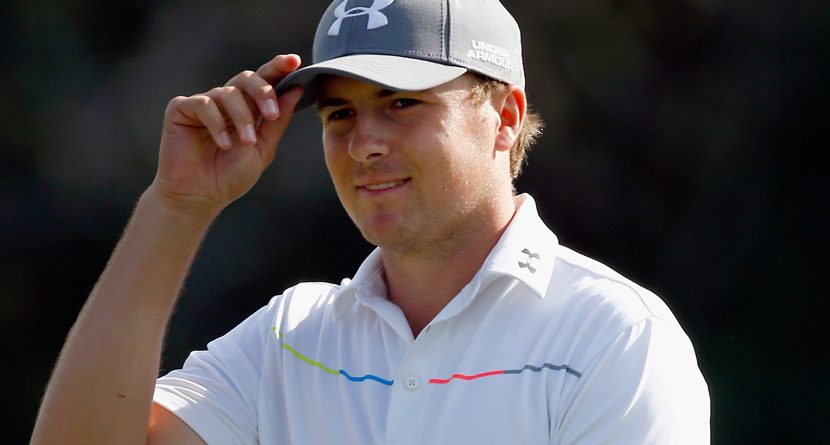 All I’m going to say about the Masters is that Augusta was beautiful and congratulations to Bubba Watson on green jacket No. 2 — you’re lucky Matt Kuchar threw up on his shoes on Sunday… again.

Anyway, as Tom Petty once said, “Life is such a drag when you’re living in the past.” So it’s “time to move on, time to get going” and look at the RBC Heritage at Harbour Town Golf Links. Graeme McDowell is your defending champion and will probably be the guy to beat this week, but you can expect him to face some stiff competition. Here are the other mortal locks for the Heritage.

If you’re not going with Graeme McDowell this week (like me!) then you’re probably going with Luke Donald. The Englishman has an incredible track record at Harbour Town since 2009, where he’s finished T-2, T-3, second, T-37 and T-3 last year. With numbers like that, it’s hard to believe that Donald hasn’t donned the tartan jacket yet. I think this is the week that all changes and going off at 20/1, Donald is as safe a bet as you can make this week.

A guy who has earned himself a tartan jacket (two, actually) is Boo Weekley. Even while Weekley was struggling during the early part of the decade, he was still playing well at Harbour Town. He won the RBC Heritage back-to-back in 2007 and ’08, and until last year those were his only two wins on tour. Weekley has experienced a resurgence in his career in the last 12-18 months and at 80/1, if that continues this week and you’re smart enough to drop a couple of shekels on the man in the camouflage Under Armour, you’ll be sitting pretty next Monday morning.

Cameron Tringale missed the cut in 2011 in his only start at the Heritage, but I don’t think that’s enough to shy away from him this week. Matt Every, Matt Jones, and Steven Bowditch have claimed their first wins this year and Tringale could be next in line. After his solo-fourth-place finish at the Shell Houston Open two weeks ago and getting 80/1 money this week, it’s hard to pass by Tringale this week.

I don’t really want to pick Jordan Spieth this week but I’m going to anyway simply because I don’t want to be the guy who didn’t take him. Coming off his runner-up finish at the Masters, I would expect him to have a bit of a hangover. But Spieth is young and this week will be a good test of the young man’s resiliency. He’s getting 15/1, so the return isn’t bad. My advice is to take him but don’t bet too heavy. I’m rooting for him, sure, but I want to err on the side of caution when it comes to making a bet.

The final name this week in Harbour Town is Charley Hoffman. McDowell may have won the event last year but it was Charley Hoffman who shared the lead after 36 holes and the outright lead after 54. He stumbled down the stretch but should be back in good form at Harbour Town this year to exact some revenge. Hoffman is getting 40/1 money this week and is a solid choice for anyone looking for a sleeper in South Carolina.

There you have it, kids. Go ahead and bank on these guys this week. If there’s something nice you need to buy your wife, go ahead and put it on your credit card. As long as you put some dough down on these guys, what you spend on your lady will be chump change. I promise…