Golfstradamaus: The Hyundai Tournament of Champions 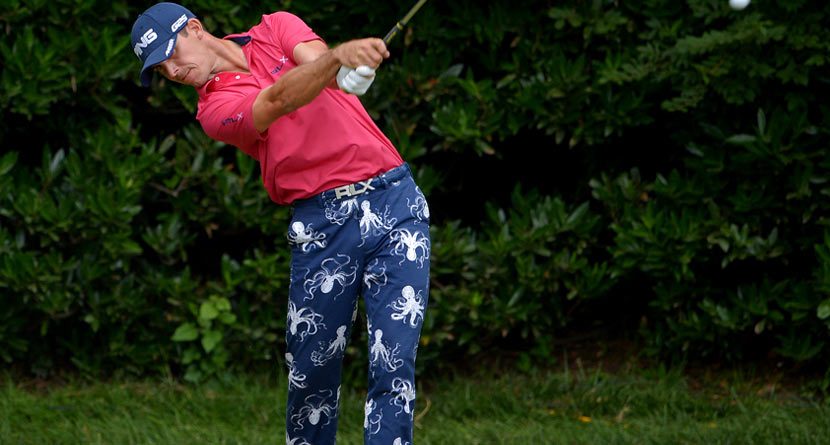 Aloha, my friends and welcome to 2014! It’s hard to imagine that just 12 months ago you were all making the same

promises to yourselves that you’ll be making again 12 months from now. But trust me, you will. “Oh, I’m going to go to the gym this year!” and “Oh, I think I’ll cut back on my gambling” and “This will be the year I get to single-digits.” Sure, bud.

For those of you who take to heart the wisdom I so generously dole out here on a weekly basis, you’re welcome. For those of you lost souls who still believe it wise to bet against ol’ Golfstradamaus, it’s your mortgage that won’t be paid, not mine.

I’m going to start 2014 off by picking a guy I went with a lot in 2013 and that’s Billy Horschel. Horschel qualified for this tourney early last year when he picked up his first PGA Tour win at the Zurich Classic of New Orleans and soon thereafter finished T-4 at the U.S. Open.

Horschel was a bit streaky last year, putting together runs where he finished T-2, T-3, T-9 and first, but also missed four cuts, including in the Open and PGA Championships. Still, I like Horschel a lot going into 2014. After the mini slump to end last year, he finished T-7 at the Tour Championship and has played pretty solid golf to start the year. At 30/1, you’d be crazy not to put something down on Billy Ho.

I really don’t want to go with the obvious, but I also don’t want to be accused of being wrong. Ever. So I’m going to pick Adam Scott to have a good week in Hawaii. Scott could’ve been the player of the year last year if Tiger hadn’t won.

Zach Johnson has already won in the 2013-14 season (albeit in a non-FedExCup-points event, Tiger’s World Challenge), and closed out 2013 with a flurry of top-10 finishes and a win at the BMW Championship. On top of his recent performances, based on his history, Johnson plays pretty well in Hawaii, too. He won the Sony Open just a few years ago and finished T-18 in this event last year. Johnson would be a great choice this week at 12/1. With the way he’s played lately, it’s hard to believe there are four guys getting less money this week than Zach Johnson.

A third name to look for this week is Russell Henley. He won in his first start on tour last year at the Sony Open to punch his ticket to this event, and had a solid rookie campaign. Nothing like Jordan Spieth put together, but still impressive. Any time you win in your rookie year and can make it through the first three stages of the FedExCup, you’ve had a solid year. I think he could start off 2014 in similar fashion and at 50/1, he’s worth putting a couple dollars down on.

Not too often can you say “everyone is a winner just by being here,” but that is the case at this tournament. Which means that everyone here has won before and thus, is capable of winning. So its not a horrible idea to put money down on guys like Ken Duke (100/1) or Woody Austin at 200/1. They probably won’t win, but it’s worth even a $10 spot just for ha-ha’s.