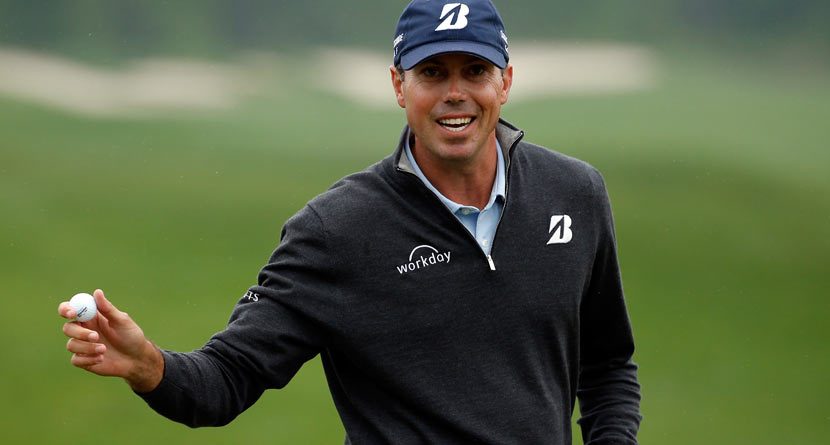 “I know he’s coming off of a surprise breakup, but I still think Rory McIlroy gets it done this week in England […] I suspect, he’ll be playing without the responsibilities and uncertainty that clearly lead to his sub-par (well, not literally sub-par) play lately.” – Golfstradamaus, 5-21-14

And just like that, the Susan Lucci-like streak I have been riding has come to an end. So many times I’ve been a bridesmaid and never a bride during the last month, and finally Rory McIlroy pulls through and wins … just like I said he would! I also picked Luke Donald, who finished T-3, so when I speak, listen up. It just might make you smarter.

This week, the stars of the golf world descend upon Jack’s place in Ohio for the Memorial Tournament. Ready? Here are your can’t-miss, surefire, all-but-guaranteed picks for this week.

I know he won last week and it’s not too often that guys go back-to-back, but I do believe that Rory McIlroy can this week at Muirfield Village. McIlroy is fresh off  a win at the BMW PGA Championship and has played great golf all year, despite the reports that he had been struggling before the win. In nine official stroke-play events this year, Rors has picked up eight top-1o finishes. At 8/1, he’s the favorite this week and as sure of a thing as you get in betting on golf.

I’m not the type that forgives easily (especially if you’ve cost me money) but this week I have to bury the hatchet with Matt Kuchar because there’s no way he’s not near the top this week. He comes in as the defending champion and, even though his only win this year came in dramatic fashion the week I didn’t pick him, I feel like he’s too steady to let my petty complaint come between me and a payday. Kuch goes off at 12/1, a solid return on a guy who you know will be there on Sunday.

Phil Mickelson is an interesting pick this week and I feel like there is one simple reason why you must put something on him this week: He’s getting 25/1 money. Seriously, when the hell does Phil Mickelson pay 25/1? 1993? Sure, Lefty hasn’t played great lately and he did miss the cut the last time he teed it up at the Players Championship, but you can never count out a guy as good as Mickelson. He has finished inside the top 20 three times in his last four trips to Muirfield, making him someone you should be able to count on this week, regardless of his immediate performance history. Another guy who is getting better money than he usually does is 2011 Masters champ Charl Schwartzel. The South African comes in having collected four top-20 finishes in his last seven starts, and over his career at Jack’s place he has made all six cuts, finishing a career-best T-8 last year. This week he’s paying 50/1 for a win, which is no small prize for a guy as good as Schwartzel. Good luck finding a better value this week.

The last name this week is a bit of a dark horse, but he has played well lately and has a solid resume at Muirfield Village. Kevin Chappell surprised some folks by finishing runner-up at the Memorial last year, but not me. Chappell has played pretty consistently over his brief career and currently sits just outside the top 100 players in the world. His last four stars have seen him inside the top 40, and last week at Colonial he grabbed his first top-1o of the season. Carrying some good momentum and positive juju into a place where he has good memories could be just the combo he needs to collect PGA Tour win No. 1. He’s also getting 50/1 money, meaning that if you’re smart, when Chappell gets paid, you’ll get paid.

There you have it, friends and degenerates. I’ll be back next week to gloat about my victory and to once again put my unparalleled genius on display.