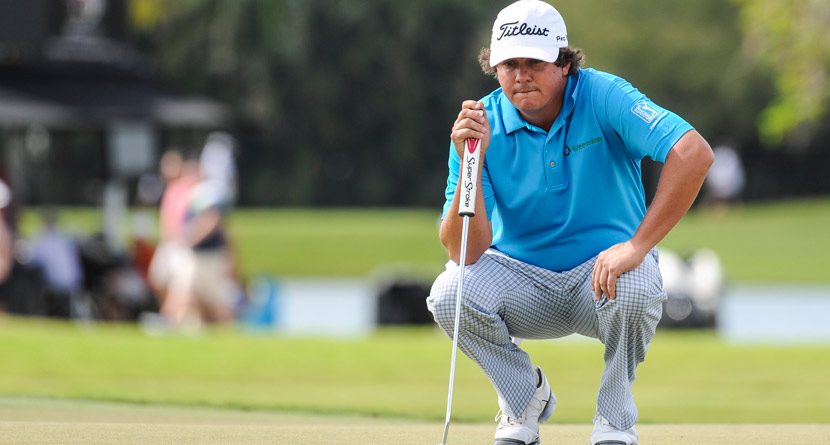 “With the way he’s swinging it right now, [Bubba] Watson is excellent choice this week.” – Golfstradamaus, 3/4/14

Well, I have to say, I’m getting pretty good at picking the runner up. Bubba Watson’s second place finish at Doral makes two weeks in a row I’ve been knocking on the winner’s circle’s door.

While last week wasn’t the worst I’ve had this year, it was pretty close to it. Obviously, part of the Blue Monster’s renovation was to have its teeth restored. The world’s best struggled all week long with just three players finishing the tournament under par. Not to make excuses, but it’s tough to pick horses at a track none of them have ever seen before.

Even with the “The Snake Pit” awaiting them at the Copperhead Course at Innisbrook Resort this week, the Valspar Championship shouldn’t claim as many victims as Doral did. A lot of the world’s top players won’t be making the trip to Palm Harbor, Fla., this week, instead resting for next week’s Arnold Palmer Invitational. But you know, all that means is it’s easier to pick a winner this week.

The first name this week probably won’t win the tournament, but I’m picking him to have a fantastic week anyway for two reasons. The first is because he won last week in Puerto Rico, and the second is because he’s just a damn good player. Chesson Hadley collected his first PGA Tour victory last week and looks to build on that momentum. Considering the field isn’t exactly stacked at the Valspar Championship, it’s a great chance for Hadley to score some FedExCup points and build some confidence. I don’t think he gets it, but a win this week would certainly be nice, especially since he’s getting 60/1 odds. The guy who probably will win this tournament is former world No. 1 Luke Donald. Few players have put together the kind of success at one course as Donald has at Innisbrook. Donald finished T-6 in 2010, won in 2012 and finished T-4 last year. It’s hard to argue with numbers like that, so I won’t. At 20/1, he’s not getting huge money but considering how well he gets around this track, it’s as safe a bet as you can make betting on a full-field event.

Jason Dufner survived the Blue Monster last week finishing a career-best T-9 at Doral. He’s also recorded five consecutive top-30 finishes at Innisbrook and it’d be nice to see that consistency pay off with a victory this week. Duf Daddy is getting 20/1 odds this week, not too bad for a guy playing as well as Dufner is. Again, there’s never a sure thing when you’re trying to pick one guy out of a field of 100+ golfers, but Dufner is close this week at Innisbrook. A lot of people fear picking an event’s defending champion since going back-to-back is such a difficult task, but I have a good feeling about Kevin Streelman this week and am not going to shy away. Along with his win last year, Streelman finished T-10 here in 2012 and has played solid golf so far this year, making 15 straight cuts dating back to the 2013 season. He finished T-3 at the Hyundai Tournament of Champions and since then has had a run of some mid-pack finishes. I think he could get back in the winner’s circle this week and at 50/1, hopefully you were smart enough to give him a look if he does. Russell Knox hasn’t played since he finished second at the Honda Classic two weeks ago, but he is playing some phenomenal golf right now and demands your attention this week. Aside from his missed cut at the Northern Trust Open a couple weeks ago, the Scotsman has finished T-13, T-10, T-27 and second in his last five PGA Tour starts. Knox would love to pick up his first win this week and at 50/1, you’ll hope he does too.

That’s it for this week, kids. As always, I can only make suggestions. If you think you know better, so be it. I can’t hold your hand forever.