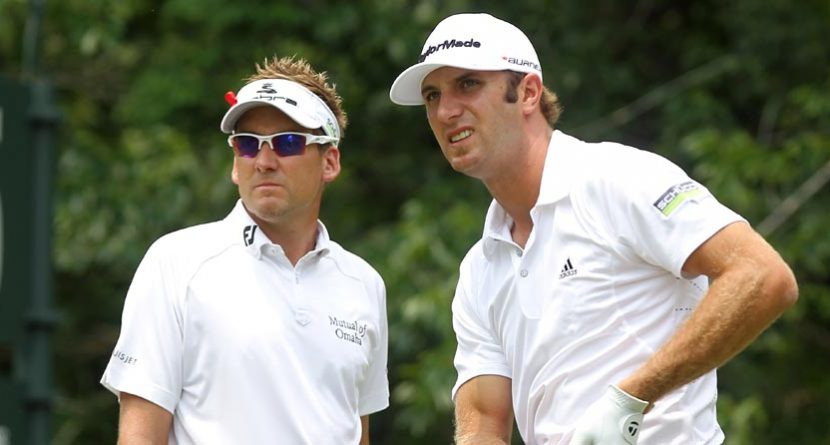 Well, Bubba, you took the words right out of my mouth. After collapsing at the Waste Management Phoenix Open, something told me Watson would bounce back at his next start and (surprise!) I was right.

This week, however, is a completely different monster. The World Golf Championships-Accenture Match Play Championship at Dove Mountain in Arizona is always a different test. It’s the only time during the year that the PGA Tour offers a match-play event. Some guys are born for this and some guys fold like a beach chair. I’m going to tell you who’s who this week, so pay close attention.

With March Madness right around the corner, the Accenture is everyone’s first foray into bracketology for the year. With this in mind, I’m going to go through each bracket and pick each match, all the way to the final. Ready? Let’s go…

The last two men standing from the Bobby Jones bracket will be Billy Horschel and Webb Simpson. I firmly believe these two guys will be in the elite eight of this tournament and will face off for the chance to go to the final four. If there’s one guy who could bust my bracket, however, it’s Brandt Snedeker. I think Snedeker will meet Simpson in the second round and that match-up is really a toss-up. I went with Simpson, but a Snedeker run to the final four wouldn’t be much of a surprise, either. Ultimately, I think Simpson comes out of the Bobby Jones bracket.

I believe the best match of the week will come out of the Ben Hogan bracket if everything works out the way I think it will. Rory McIlroy and Ian Poulter should be facing off in the elite eight round; the only hang up being my predicted second-round match of Poulter vs. Jimmy Walker, since I always fear the hot hand. Poulter and McIlroy both have magnificent match-play records and always seem to hang around until later in the week. Ultimately, I have Poulter reaching the final four from the Ben Hogan bracket.

If this were the FIFA World Cup, the Gary Player bracket would be the “pool of death.” It seems impossible for this much talent to end up in one part of the bracket, but such is the case in the Player bracket this year. I think Jordan Spieth and Jason Dufner break through and into the elite eight, with Spieth reaching the final four. He played a lot of match-play events in college and I think he builds on that this week and makes a run deep into the weekend.

The final quadrant will give us some excellent match-ups, all the way through to the elite eight round. Starting with Keegan Bradley and Jonas Blixt in round one (heads up, Blixt wins that one) and all the way into the sweet 16 match-up of Bubba Watson-Dustin Johnson that I’m predicting, it’s going to be a fun bracket to watch. Ultimately, I think Dustin Johnson and Graeme McDowell roll their way into the elite eight with DJ busting through to the final four.

So, with the semifinals set, I bet you want to know who’s going to win it all. Let’s break down the match-ups.

Poulter vs. Simpson looks like a bit of a mismatch considering Poulter’s match-play record, but I think that’s a bit misleading. I still think Poulter wins, but this thing has got to go to extra holes. Poulter and Simpson are two evenly matched stars and I think this match-up has the feel of Sunday at the Ryder Cup. Poulter wins in extra holes.

Does this sound like fun or what? One of the game’s biggest stars and best players yet to win a major up against a kid who burst onto the scene last year, becoming the youngest winner on the PGA Tour in decades. I really, really want to take Spieth here, but I can’t. He has played (mostly) great golf lately, but he hasn’t been able to finish and that, I think, keeps him from claiming his second title on tour and his first WGC event. Johnson closes out Spieth on 16.

Johnson has played some great golf lately, finishing second in his last two starts at Pebble Beach and Riviera. Poulter has earned the nickname “Match-play Ninja” due to his incredible record in these type of events. Be it the Ryder Cup, Accenture or the Volvo World Match-Play on the European Tour, Poulter always shows up. This week, however, I think he comes up just a couple holes short due to the drain of playing a heated match with Simpson. I think DJ has a little more in the tank and outlasts Poults in the end.

The odds for my favorites are 15/1 (Dustin Johnson), 20/1 (Jordan Spieth), 25/1 (Webb Simpson) and 30/1 (Ian Poulter). Any of these are solid pay days if you’re willing to put some money down. Honestly, any time you try to predict a match-play event, you’re living dangerously. One Mikko Ilonen topping a Bubba Watson, or Scott Piercy over Justin Rose in the first round and it could spell disaster for a bracket. To anyone who is betting heavy this week, I commend your bravery.