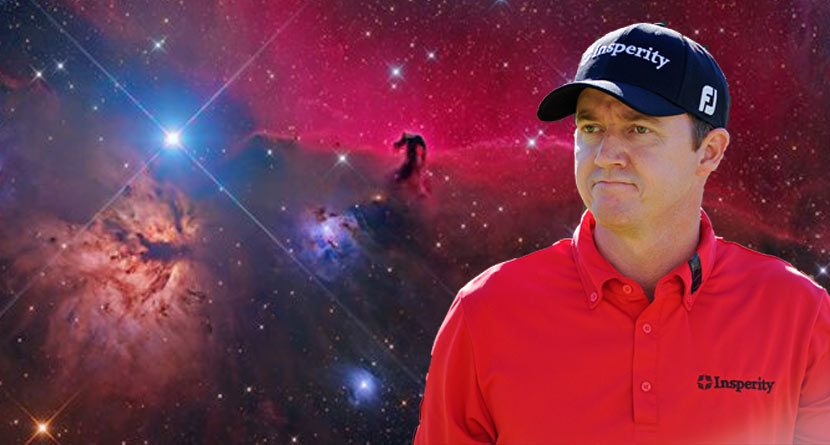 While the forecast calls for more and more snow in the northeast, the PGA Tour heads up the California coast to the “most felicitous meeting of land and sea in creation” — Pebble Beach Golf Links — for the AT&T Pebble Beach National Pro-Am. Celebrities and pros alike will tackle the world famous layout, vying for both individual and team honors.

Last year, I predicted (correctly, thank you) that Jimmy Walker would pick up career win No. 3. This year, he’s high on my list, but not the only player I’ve got money on. If you’d like to make a couple last-minute shekels to make up for the $172 you paid for a dozen roses for Valentine’s Day this weekend, then get your pencils ready and take some good notes.

It could be deja vu all over again this week at Pebble Beach with Jimmy Walker coming in hot. Except for perhaps Jason Day, Walker is the hottest hand on tour, having already collected a win and four top-1o finishes on the 2015 campaign. No shock here, he’s the favorite at 8/1, but if you like being right even if it won’t make you rich, bet on Jimmy Walker.

Next up is Nick Watney. The Northern Californian is nothing if he’s not inconsistent. In his last five starts, he’s missed three cuts and posted a top-15 and top-10 finish. Last week, he shot 71-65-72-73 at Torrey Pines. Not exactly awe-inspiring, but if you know anything about inconsistency (and having been stuck behind you at the local muni track, I know you do!) you know it’s time to place a little wager on Watney.

The third name this week is Alexander Levy. Levy has already enjoyed a solid 2015 on the European Tour and is looking for his first win on the PGA Tour. Remember how close Frenchman Gregory Havret came to claiming U.S. Open glory at Pebble in 2010? Levy could be primed to get some payback in honor of their home nation this week and at 60/1, you’d be remiss not to take a look.

And finally, Ryan Palmer. Few players have been as consistently good this year as Ryan Palmer has and it’s about time he collects a victory. At 25/1, you’re getting a nice payout for a guy who very easily could be getting 15/1 or 10/1.

I’ll admit, I’m still getting used to the Draft Kings format and thus, am not-yet rolling in the greenbacks. That all changes this week. I have assembled a team far superior to yours. Want me to prove it to you? Head over to DraftKings.com and join the PGA $40K Chip Shot and see how you measure up against ol’ Golfstradamus. Here’s a look at the winning team:

There you have it friends and degenerate wagerers. Until next time, go and choose wisely.