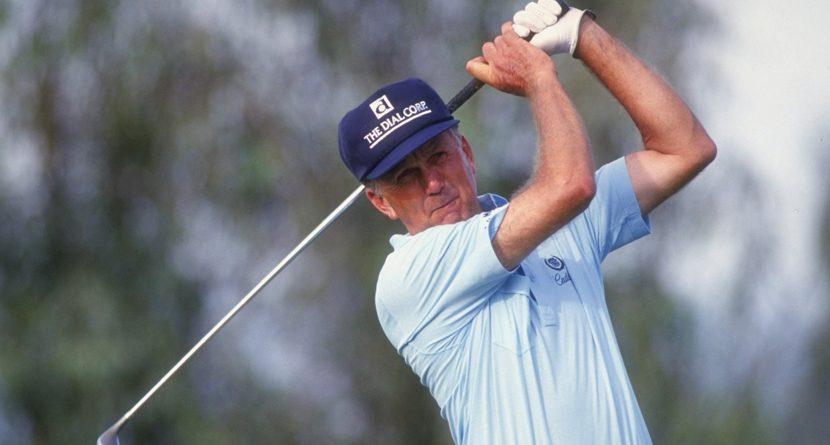 Al Geiberger is still known as the first player in PGA Tour history to shoot a 59, a feat he accomplished in 1977 at the Danny Thomas Memphis Classic.

He also won the 1966 PGA Championship, for which he took home the famous Wanamaker Trophy.

Today, at age 75, Geiberger has decided to have a massive sell-off.

Geiberger’s PGA trophy, the clubs he used to break 60 and a host of other items are up for bidding at Green Jacket Auctions.

We lost count of the number of items in his collection that are up for sale. Here are some big-ticket pieces:

Here’s the full list of items up for sale. The auction ends April 27.