Graham DeLaet Doesn’t Trust Anyone, May Be a Spy 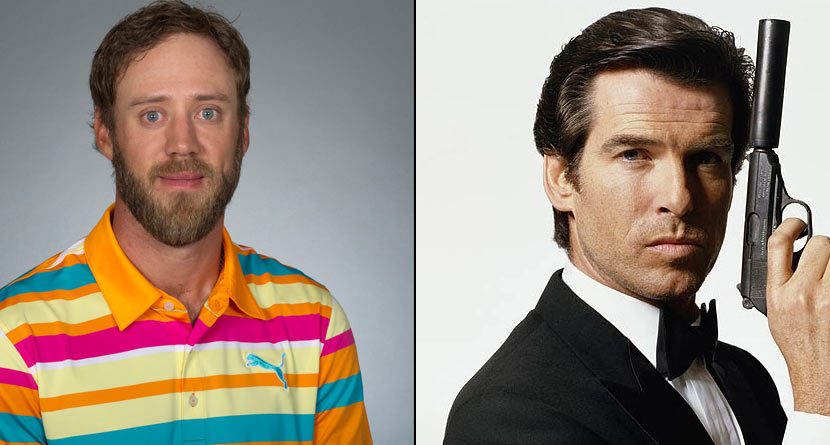 When you’re a professional athlete, you’ve got to trust people around you, which, for Graham DeLaet, just got a whole lot harder to do.

We went to the International Spy Museum today and now I don’t trust anybody…spies everywhere. #RBCDeLaet

… and, as a result, no longer trusts anybody. Not these guys enjoying a drink …

… nor this random lady working on her lunch:

I don’t trust this lady… pic.twitter.com/j8ZYxgsUPf

Heck, DeLaet himself may be a spy:

“@GarthVader09: @GrahamDeLaet How do we know that you’re not a spy?” You don’t, but there are people in this bar drinking pop…

Mind. Blown. In the immortal words of The Dude, “New [stuff] has come to light, man.” This is crazy. Maybe Tiger is a spy? Sergio Garcia? Angel Cabrera? Ian Poulter? I mean, he has more cars and gadgets than James Bond? This could get real deep.

Back on planet Earth, DeLaet is one of the best players on tour without a win. He’s come close numerous times in 2014 following a breakout year last year, when he was a standout on the International Presidents Cup team. But, you know, he could have also been part of the intelligence for SEAL Team 6.