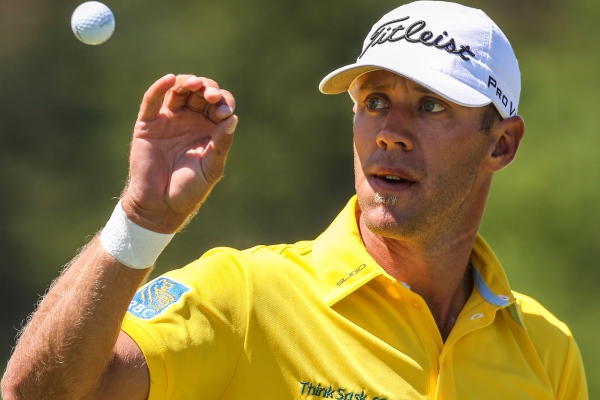 Canadian star Graham DeLaet has inked a deal to join the PUMA Golf team in 2014, joining stars like Rickie Fowler, Lexi Thompson and Jonas Blixt on the already-impressive roster.

In a press release, Bob Philon, President of COBRA PUMA Golf, said of DeLaet, “He is a world class performer who brings a fresh look to the course, making the perfect representation of the style and performance blend that PUMA Golf embraces.”

DeLaet enjoyed a career year in 2013, finishing second at the Barclays, third at the Deutsche Bank and Travelers championships, and collecting 11 top-25 finishes. He also shined during the Presidents Cup for the World team.

“PUMA Golf is a great fit for me and I couldn’t be more excited to be part of the team,” DeLaet said in a release. “I have always been a fan of the brand and the innovative combination of function and fashion they bring to the game.”

DeLaet has already had a pretty fun week, showing off his Masters invitation via Twitter on Monday:

Without question the best piece of mail anyone could ever receive! pic.twitter.com/o6NdvL7Jth

…and taking in the NHL Winter Classic in Detroit on New Years Day.

DeLaet will make his debut for PUMA Golf at the Farmers Insurance Open in January.