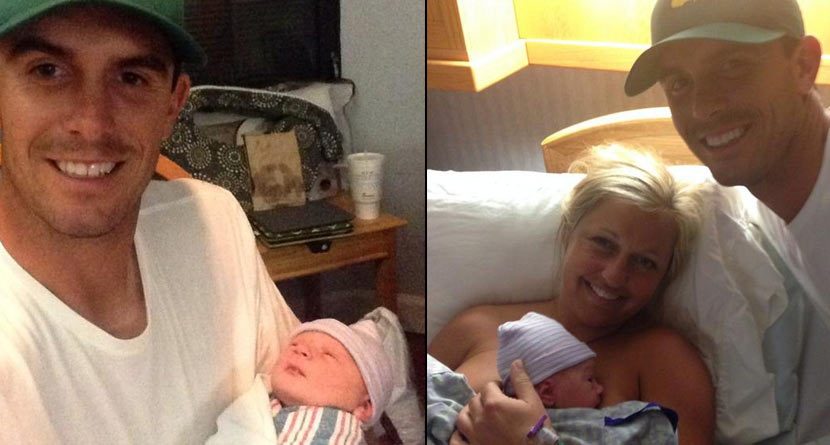 Billy Horschel’s incredible month of September continued on Tuesday when he and his wife Brittany welcomed their first child, Skylar Lillian Horschel, into the world.

First selfie I have ever taken. Best selfie at that! Skylar and her daddy! Proudest moment of my life! #blessed pic.twitter.com/mvhySa26vK

Greatest day of my life/greatest month of my life! The man upstairs has been so gracious to shine the light on me this past month! #blessed

It’s not too often that winning $11.4 million is the second best thing that happens to a person over the course of a week, but that’s exactly the situation Horschel finds himself in. On Sunday, Billy Ho captured the Tour Championship for his second consecutive win on the PGA Tour, helping him become the youngest FedExCup champion ever and claim the $10 million bonus that goes with it.

With all that behind him, Horschel is relishing his “greatest accomplishment”:

Thanks everyone for your kind messages. @britt_horschel and Skylar are doing great! Love being a dad! My greatest accomplishment! #proudPops