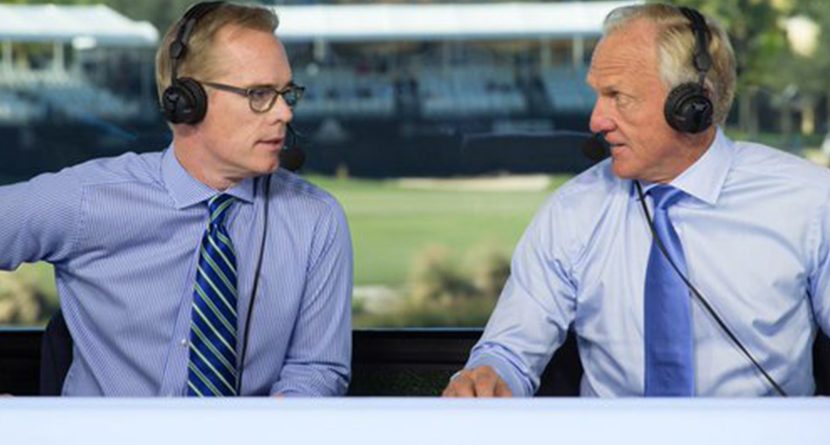 With a few more weeks to let his dismissal from Fox Sports fester, Greg Norman ditched the corporate niceties in an interview with GolfWorld‘s Tim Rosaforte earlier this week, saying that he was “totally broadsided” by his dismissal, which struck him as obviously contradictory to the positive feedback he received for his work.

Norman clearly wanted to talk about his Fox dismissal, saying he was “totally broadsided” by the decision and that it was “totally contradictory to what I was told by the USGA, and many others within Fox headquarters and a previous Fox guy that was head of sports.”

“I got nothing but compliments from the right people that knew what’s going on,” Norman said. However, he added, “I thought I was handcuffed, to tell you the truth. There was a lot of stuff I wanted to say, but the final comment they told me [was that] I was too unpredictable. I thought that’s what they want you to do in that role.”

Those candid comments were examples of what Fox was hoping to get from the outspoken Aussie. Instead, it was Norman’s silence that spoke volumes during the most crucial times of the U.S. Open coverage. The big smudge on Norman’s record will be his lack of insight into what Dustin Johnson was dealing with in the aftermath of three-putting the 72nd green. Norman himself was no stranger to major heartbreak, yet offered no explanation.

Greg Norman says “I’ve never seen anything like this at a golf tournament.” ORLY pic.twitter.com/VBTEbyL3BE

Paul Azinger has already been tapped and announced as Norman’s replacement, an American version of the Shark who doesn’t hold back punches, which Fox hopes will fit in nicely with lead man Joe Buck and analyst Brad Faxon.

Norman indicated to Rosaforte that he has been in talks with Golf Channel to come on as an analyst, albeit not on tournament coverage. However, should Norman choose to stay away from for good, we’ll always have this: