Griner To The NBA? Women Who Could Play The PGA Tour 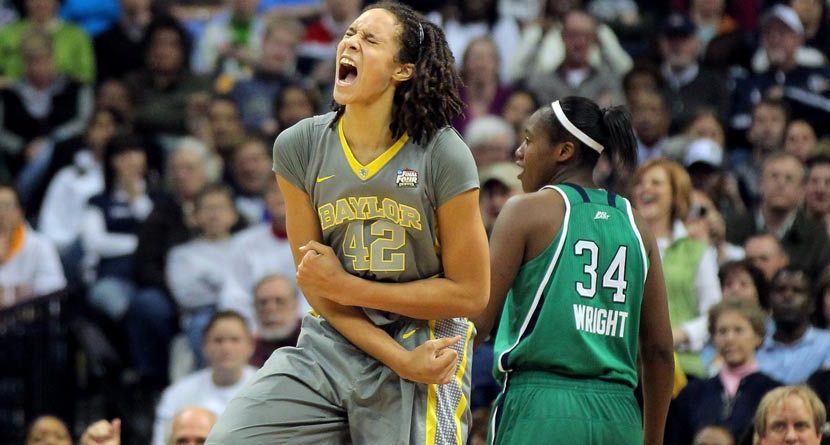 Dallas Mavericks owner Mark Cuban is no stranger to controversy. As the head of the franchise, Cuban has been fined for nearly $2 million for 13 incidents since taking over the Mavs in 2000.

Cuban is again causing a ruckus for a reason that, even for him, seems pretty far out there.

On Tuesday, Cuban said that he is considering drafting Baylor women’s basketball sensation, Brittney Griner. Will he pull the trigger?

The discussion about whether or not a woman could ever be good enough at her respective sport to succeed on the coinciding men’s level has been going on for as long as anyone cares to remember. But, can it be done? Perhaps basketball is a bit too much of a physical challenge for a woman, even one of Griner’s stature and skill.

Griner, however, is as confident as could be in her ability. When she got word of what Cuban had to say, she made sure to let the world know her thoughts on the matter via Twitter:

Mark Cuban may draft Brittney Griner m.espn.go.com/general/story?… …I would hold my own! Lets do it

But, Cuban’s remarks bring up thoughts about some women who may just be able to crack it with the men…on the PGA Tour.

Let’s take a look at some ladies who might be able to make some noise with the boys on Tour:

Stacy Lewis: The recently crowned No. 1 player in the world is the first name that comes to mind in this discussion. Over the past three years, the 28 year-old Lewis has made the incredible leap from a non-member rookie of the LPGA Tour in 2009 to the best player in the world.

She has never competed in a men’s tournament, but the conversation is definitely one to be had. She is currently playing on a much higher level than any of her counterparts on the LPGA Tour, and the idea that she might be able to successfully make the transition over to the men’s side seems pretty reasonable if she could conquer the significant added length of PGA Tour tracks. We can only hope that one day she will try her might against the men.

Annika Sorenstam: Although Annika is now retired from competitive play, she famously gave it a shot on the PGA Tour at the 2003 Bank of America Colonial tournament in Fort Worth. On Day 1 of the tournament, Sorenstam put herself in position to make birdie on all 18 holes, but was admittedly “tentative all day” and managed to card a 1-over-par 71. Starting Day 2 in a tie for 73rd of 114 players, Annika went on to shoot 74 and miss the cut.

On the surface, one could argue that Sorenstam’s attempt was a failure. But, if you take a look at some of the guys who routinely miss cuts on Tour, Annika proved beyond a shadow of a doubt that she could hold her own with the guys.

Michelle Wie: Much like her Nike staff counterpart Tiger Woods, Wie was the subject of an incredible amount of public attention at a very young age. At just 10 years of age, Wie became the youngest player to ever qualify for the U.S. Amateur. At 16, she officially turned professional and signed a lucrative endorsement deal with Nike.

Like Sorenstam, Wie wanted to prove that she could contend in a men’s tournament. In 2004, she missed the cut at the Sony Open by just a single shot. While that was nine years ago, Wie is just 23 years old right now. The putter has since become a big nemesis of hers, but if she can regain that confidence from her teenage years, maybe she could play the weekend on a PGA Tour event.

Se Ri Pak: A true pioneer of not only women’s golf, but also the global expansion of the game since turning professional in 1996, Pak is actually the only woman to make a cut in a men’s tournament since Babe Zaharias did so three times in 1945. Having finished 10th in the 2003 SBS Super Tournament on the Korean Tour, Pak has had by far the most success as a woman competing in a men’s tournament. Though her career is closer to the end than the beginning, would she ever try her luck on the PGA Tour?