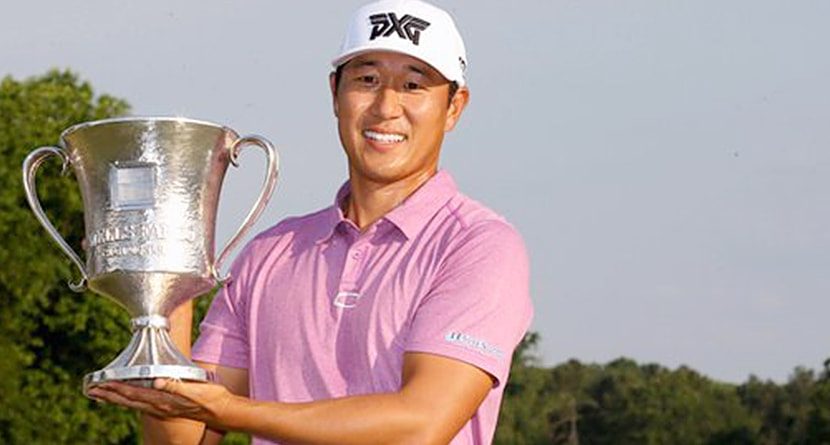 A fast and furious start to Sunday’s Wells Fargo Championship final round ended with James Hahn earning his second PGA Tour victory in a playoff over Roberto Castro. The 34-year old fired weekend rounds of 68-70 to finish at 9-under par and force Castro to make a putt to push the tournament to extra holes.

Hahn parred the first playoff hole to best Castro who found the water off of the tee. The most amazing statistic to come from Hahn’s win? He hadn’t played a weekend since the first week of February.

Before Hahn had his hands on the trophy, Rory McIlroy and Phil Mickelson did all they could to make things interesting in the middle of the afternoon. Both shot Sunday 66s to move into an eventual tie for fourth place. 54-hole leader Rickie Fowler stumbled to a final-round 2-over par 74 that moved him to 7-under for the tournament and into that big tie for fourth.

Justin Rose looked to be the man to beat on Sunday, but a shaky putter let him down on the back nine and he fell one shot short of the playoff. His 8-under par total was good enough for solo third place.