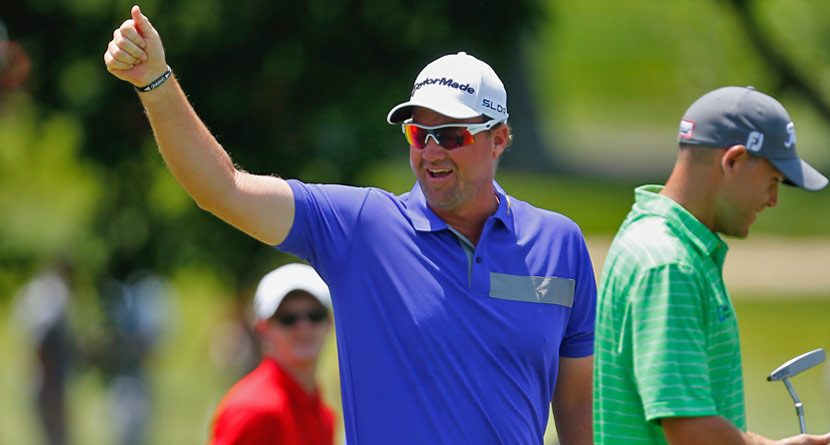 When Peter Hanson made an ace on the 222-yard par-3 second hole at Congressional on Saturday, he wasn’t the only one celebrating.

Thanks to Hanson and a promotion by the title sponsor to this week’s Quicken Loans National at Congressional, Arline Deacon is also a very happy woman. Because of the ace, Quicken Loans will be paying for her mortgage for an entire year.

Hanson struggled the rest of the day, finishing the round at plus-4 to end the day in a tie for 41st, but his ace on the second hole was nothing short of impressive. And even if he didn’t play stellar golf, he was, as he put it, “glad to make someone happy.” He even signed a ball for her to commemorate the moment:

.@peterhanson17 signed a ball to Arline Deacon after she won 1 year of mortgage payments for ace @QLNational #pgatour pic.twitter.com/w4yeJ8jePk

Arline Deacon might not be the only one to benefit from an ace this year, either. The promotion runs through the rest of the PGA Tour season.