Help Wanted: Jobs Alex Rodriguez Can Do After Baseball 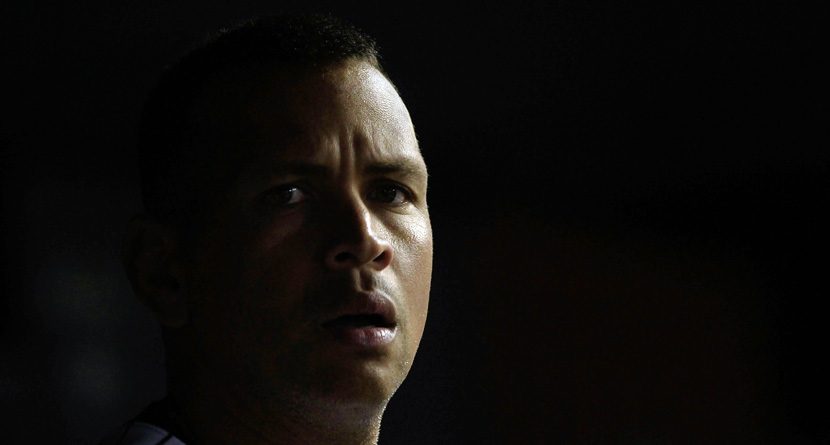 Now that Major League Baseball has ruled to suspend Alex Rodriguez throughout the 2014 season, the disgraced Yankee third baseman is going to have a ton of free time on his hands. What better way to pass the time than by making a few extra bucks the old-fashioned way: a new job!

Related Links: Steroids: Are You Not Entertained?

Here are a few suggestions we at B9N came up with based on A-Rod’s past. As you can see, he’s already done a lot of the footwork. These days it seems like everyone has an opinion on how golf stars like Rory McIlroy and Tiger Woods should handle their love lives. Wouldn’t be easier if there was an official spokesperson to whom players could turn for advice? Rodriguez’s experience juggling multiple girlfriends in one calendar year would make him the perfect mentor for young golfers hoping to prevent any bogies in their relationships. Or it could go horribly wrong. Either way it will be entertaining! Rodriguez must have a high self image because our sources tell us the baseball bad boy has not one but TWO life-size paintings of himself in centaur form. You know, that half man, half horse creature from Greek folklore? That’s probably be a valuable tourist attraction at… um… a barn or something? A-Rod has never seen a mirror he doesn’t like, especially when looking at his own reflection. Couldn’t you just see Alex admiring himself in front of a mirror at Macy’s? Actually, that’s kind of disturbing. Heck, A-Rod already owns a car dealership in League City, TX. What better way to drive up business than putting a washed-up baseball player in a cowboy hat on your car lot? This option almost seems too perfect. If we are to believe what the tabloids tell us – not that anyone does that, of course – Rodriguez has spent more than his fair share of Benjamins at neighborhood strip clubs. Why not fill out an application the next time you visit, A-Rod? You’ve got the perfect nickname for it. Maybe there’s a role in “Magic Mike 2: Electric Boogaloo” for you. Hey, we’re not saying Hova needs a professional umbrella holder, but if there was ever a disgraced former New York Yankee fit for the job, it’s definitely Alex Rodriguez. These two already have a bromance going, as this photo from a recent Brooklyn Nets game shows.

Male Escort to the Stars If there’s one thing that A-Rod knows more about than performance enhancing substances, it is hittin’ it off with the ladies! He has been connected to women ranging from Madonna to Skylar Rain (I’ll let you guess what her profession is) and is never too shy to tell us about it. Barry Gibbs and the Bee Gees ain’t got nothin’ on A-Rod, folks. Just look at his street-strutting form! He barely has a single button latched, plus he has absolutely no idea how to tuck in his shirt. But who cares? This guy is a professional.

Related Links: A-Rod Suspended: Where Should He Play Golf This Season?