Henrik Stenson Has Surgery On His Right Knee 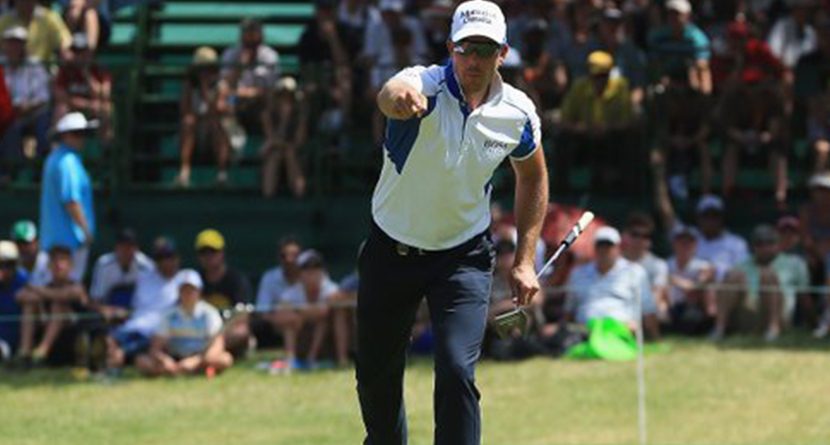 Henrik Stenson finally went under the knife on Wednesday, cleaning up the meniscus in his right knee.

Stenson, the No. 5 player in the world, was in no real hurry to get the procedure done, playing a full PGA Tour schedule and spending the last few weeks rounding out a strong European Tour campaign. This was the second time he’s had the procedure done with the first taking place on his left knee four years ago.

“It picked up this summer,” Stenson said ahead of the DP World Championship in Dubai last month. “I started getting a little fluid collection on the back of my knee, so it’s a little joint fluid kind of slipping out of the knee joint. It’s been kind of going in the wrong direction but it’s not been that bad either. I want to do it as a bit of a precaution before next year.

“I’d rather clean it up now in the off-season and get some rehab done than to have to take some breaks in the middle of the season if it goes bad. It’s such an important year with the Olympics and Ryder Cup and four majors and everything else, so hopefully I can be 100 per cent when the season starts again.”

Stenson finished the season strong, carding a pair of top-3 finishes over his last three events. After surgery, Stenson took to social media to let his fans know that everything went well and he was in good spirits. According to his website, Stenson will be teeing it up next at the Abu Dhabi HSBC Golf Championship on Jan. 21.