Henrik Stenson, Ian Poulter Have Side Bet Going in Dubai 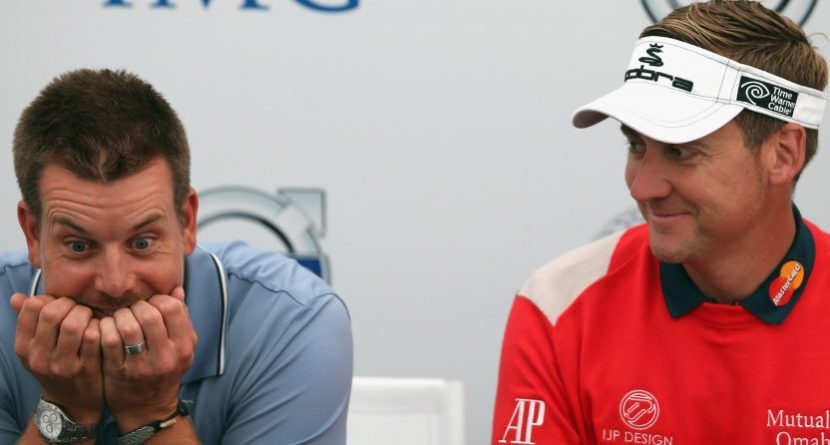 As if Henrik Stenson didn’t have enough riding on his performance this week in Dubai at the DP World Tour Championship, he went ahead and upped the ante via a side bet with Ian Poulter.

Stenson, as you may know, won the PGA Tour’s season-ending Tour Championship in September, a victory that clinched the FedExCup Playoffs and the $10 million that come with it. And he’s atop the Race to Dubai standings, a season-long points race for the European Tour similar to the FedExCup. A $1 million bonus comes with winning the Race to Dubai.

Stenson doesn’t have to win the World Tour Championship to win the Race to Dubai, but after two rounds, he is leading the tournament by one stroke. Nearly as important to him, he’s five shots in front of Poulter. If things stay the way they are, Poulter will have to be Stenson’s servant for a day.

“The No. 1 focus is to win the Race to Dubai,” Stenson told the L.A. Times. “I guess the second would be to win the tournament and the third one would be to make sure Ian Poulter is behind me. We’ll have to see if that priority changes at some point.”

It’s a curious bet for Poulter, who definitely hasn’t enjoyed his finest season this year, while Stenson has. Poulter wasn’t able to crack the top 30 that got into the PGA’s Tour Championship, but he sits fourth overall in the Race to Dubai. Anyone in the top 10 of those standings after Dubai gets a six-figure bonus check.

But all signs point to Stenson winning the FedExCup, the Race to Dubai, and Poulter’s services for a day. Not a bad year.