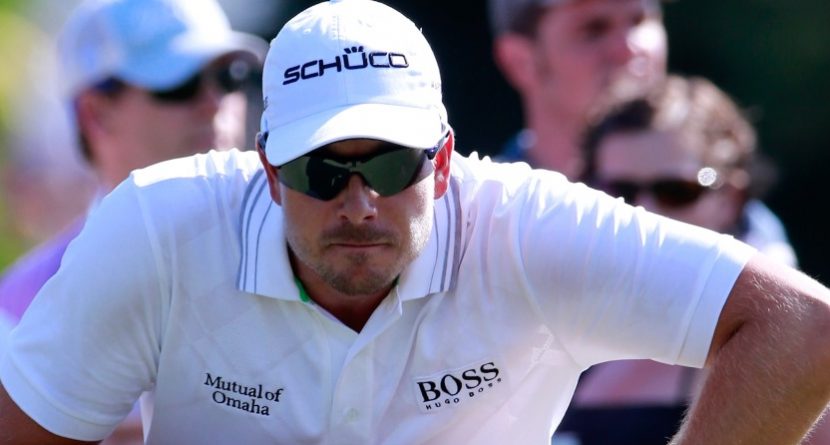 Last time we saw Henrik Stenson, he was a little upset. So perturbed that he smashed his driver into the ground last week at the BMW Championship, and the club head flew off.

Not long thereafter, he took to beating up his locker at Conway Farms after posting a 1-under 283, which was good for only a 33rd-place tie.

What a difference venting some frustration can do.

Following the first round of the Tour Championship in Atlanta on Thursday, Stenson is your leader at 6-under. Should he hold that advantage for three more days, he’ll collect the $10 million FedExCup.

If anyone’s going to be smashing clubs or lockers today, it might be Tiger Woods. While Stenson – No. 2 in the FedExCup standings – was putting on a shot-making show, his playing partner wasn’t, but should have been, taking notes. Woods leads the FedEx standings, but his 3-over-par first round has him in 29th place out of 30. Or nine shots behind Stenson.

Other Hot Links:
– Which Golfer Could Use $10 Million the Most?
– Keegan Bradley’s New Golf Bag is Boston Strong
– Update: Kate Upton Gives Arnold Palmer a Lesson