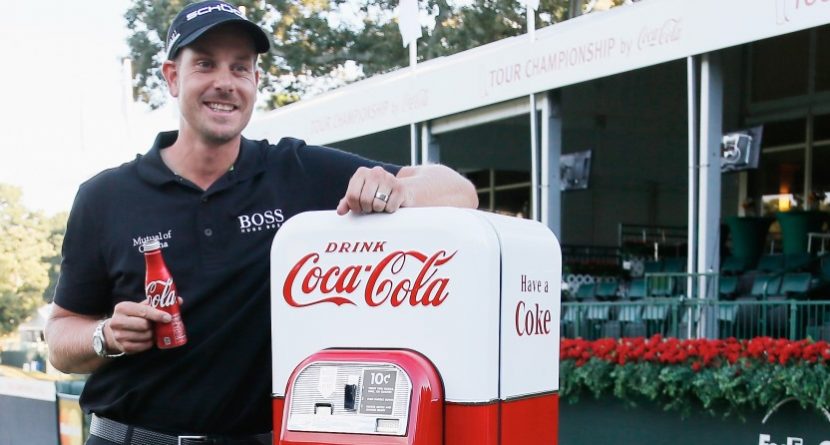 Lost in the shuffle of all that dough was another award from that glorious September afternoon in Atlanta: a vintage Coke machine.

Coca-Cola is the title sponsor for the Tour Championship, and awards the winner a “trophy,” which is actually a restored, vintage, 1950s-era Coca-Cola vending machine. Stenson’s arrived Wednesday via  – who else? – FedEx.

The grand prize arrived today. Thanks coca cola for our new family member:)