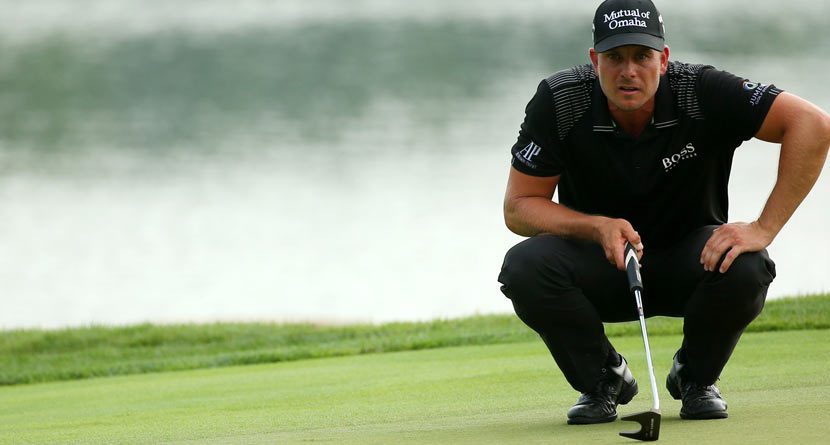 Henrik Stenson seemed like a solid contender heading into U.S. Open week at Oakmont. A consummate ball striker in the mold of a Sergio Garcia or Adam Scott, Stenson hits the ball on a rope and needs only a solid week on the putting green to outplay the best fiends in the world.

At Oakmont, Stenson’s greatest weakness — his putter — was thought to be negated as the dynamic putting surfaces would bring the field back to him and his ball striking would reign supreme. Through 18 holes, that line of thinking held up. The Swede shot a 1-under par 69 in his first round to be within a shot of the lead.

However, Stenson’s second round didn’t go according to plan.

The 2013 FedEx Cup Champ was 10-over par on his first 16 holes before play was called due to darkness. Stenson had just two holes to finish before a missed cut would end his week in Pennsylvania, but he couldn’t be bothered to do that.

Henrik Stenson withdrew today w out citing reason. Opened w 69, then was 10-over thru 16 holes in 2nd rd Friday. Didnt show up to finish

With a little mystery behind the decision — although it was truly no mystery at all; Stenson didn’t want to get up early to play two holes for no reason — Stenson put out a quick tweet explaining why he didn’t play.

Minor neck and knee issues, nothing Major! Hope to be back in action next week! H