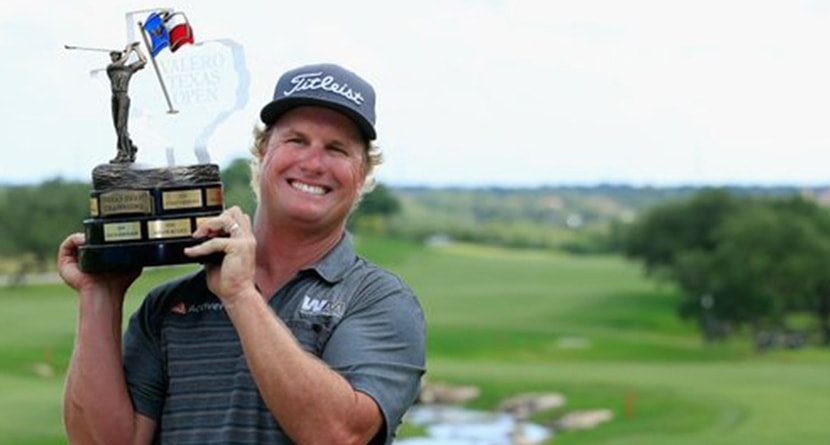 Charley Hoffman got up-and-down from the back bunker on the 72nd hole to make birdie and edge Patrick Reed by one at the Valero Texas Open. Hoffman fired a final-round 3-under par 69 to exercise his Sunday demons.

Hoffman had won three times on the PGA Tour coming into 2016, but the California native has had his fair share of disappointment on Sundays this year. Prior to his Sunday 75 at the RBC Heritage, he was shockingly bad in final rounds.

Charley Hoffman is +2 through 8 holes today

All it took for Hoffman to get over that stop gap was returning to a course and tournament he loved.

And if you think his Sunday slump was hard to overcome, remember what he did on Saturday on the sixth tee.

From duffer to trophy holder in 24 hours.

Reed’s second-place finish had a silver lining as well. The $670,000 he made for solo second place moved him into the 8th and final automatic qualifying spot for this year’s Ryder Cup.