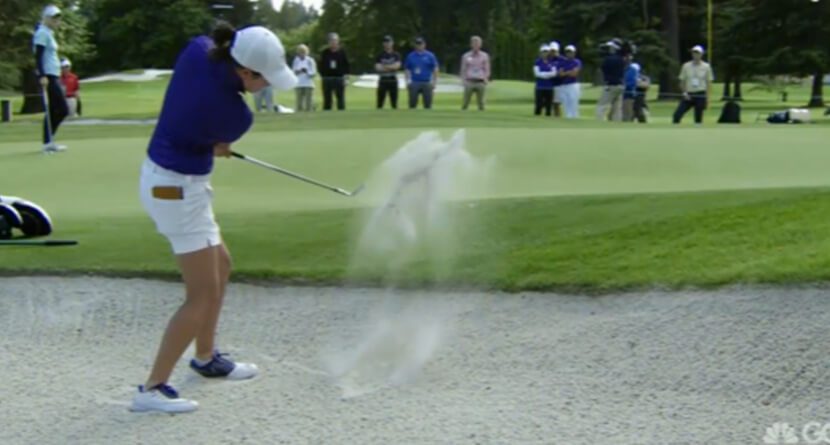 Washington’s Sarah Rhee helped propel her Huskies into the NCAA finals on Wednesday against Stanford with some 19th hole heroics. Trailing three down with three to play in her match, Rhee won the final three holes of regulation to force extra holes and then dropped her bunker shot to win her match.

Must Watch: Padraig Harrington Holes Out While Blindfolded

Jeter, Stallings Holes-In-One Are Co-Swings Of The Day