How Tiger Woods has Fared in Comebacks 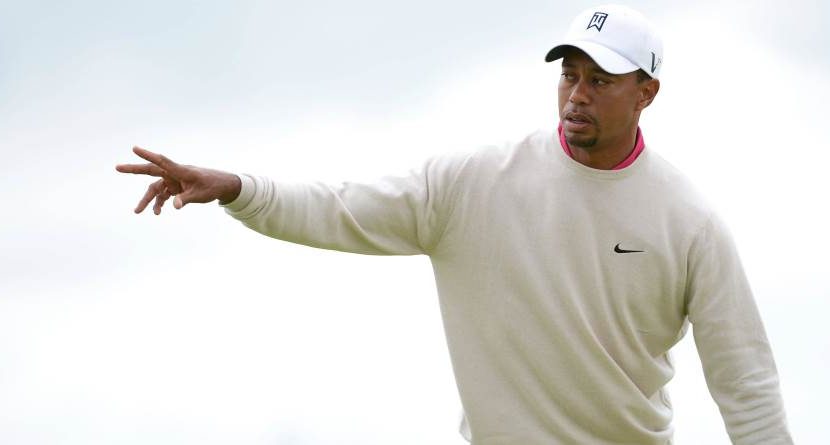 More than three months have passed since Tiger Woods last played competitive golf, but on Friday he announced his return date. He plans to take part in next week’s Quicken Loans National, which benefits the Tiger Woods Foundation. Woods hasn’t played since March 9 and announced on April 1 that he had undergone back surgery.

Unfortunately, injuries are becoming more common for the 14-time major winner. Thus, so is coming back from them. Here’s a look back at previous injuries in Woods’ career and how he played upon returning:

1995 – The 19-year-old amateur withdrew five holes into his second round at the U.S. Open after spraining his left wrist while attempting to hit out of some thick rough. He missed an amateur tourney he’d planned on playing, but returned to action about three weeks later at the PGA Tour’s Motorola Western Open, where he tied for 57th at 3-over.

2002 – Woods’ left knee started hampering him in college, when he underwent surgery as a freshman to take out a pair of benign tumors. In December 2002, the same knee got operated on, this time to remove fluid surrounding his anterior cruciate ligament (ACL). It forced Woods to miss the first five events on the 2003 PGA Tour schedule, but he was back in mid-February and won the Buick Invitational. February 2006 – Not an injury, per se, but the flu forced Woods to withdraw on Saturday from the Nissan Open, marking the first time he failed to finish a tournament for health reasons as a pro. Yet, he was good to go a week later for the World Golf Championships-Accenture Match Play Championship, where he tied for ninth.

May 2006 – Also not really an injury, yet the death of Woods’ father, Earl, led the 30-year-old to take a nine-week hiatus from golf. He returned for the U.S. Open, then turned in the worst performance of his career, missing the cut at a major for the first time as a pro. That snapped a streak of 39 straight cuts made at majors, tied with Jack Nicklaus for the best of all time.

However, Woods was unstoppable the rest of the year. He tied for second at the Cialis Western Open three weeks after the U.S. Open, then won the Open Championship and each of the seven events he played after that. 2007 – Soon after placing 12th at the Open Championship, Woods ruptured his left ACL while running, he said. He never underwent surgery, though, and apparently didn’t need it. He won nine of the next 10 events in which he participated, placing second at the one tourney he didn’t win.

2008 – This was the year things really began to fall apart. Woods finished runner-up at the Masters in April, then had cartilage damage on that pesky left knee surgically repaired two days later. A little more than a month after that, doctors told him he also had two stress fractures in his left tibia. They suggested he get around on crutches for three weeks and stay away from golf for an additional three.

Woods promptly ignored all that, made the U.S. Open his first tournament since the Masters, then went out and claimed that national championship in obvious pain all week. More incredibly, Woods won it in a playoff – a 19-hole affair on Monday, not some one-, two-, or three-hole playoff.

Damage done from the U.S. Open, however, forced Woods into reconstructive surgery (which repaired ACL and cartilage damage around the left knee, as well as the tibia stress fractures) and out of action for eight months. While rehabbing that knee, he ruptured the Achilles tendon in his right leg in December. When Woods finally resumed playing golf in March 2009, he tied for 17th at the WGC-Accenture Match Play Championship. Woods did not win a major in all of 2009, and actually missed the cut at the Open Championship, his second missed cut at a major as a pro.

2009 – On Nov. 27, Woods crashed his SUV into a fire hydrant and tree outside his home, and was treated for cuts and bruises at a hospital. Soon thereafter, he skipped one of his own events, the Chevron World Challenge. In the days that followed, numerous reports came out from women with which Woods engaged in affairs. He didn’t compete in golf again until the Masters in April 2010, where he tied for fourth.

2010 – Woods did not win a single tournament in 2010, the first such year of his professional career. It can be traced partly to the drama in his personal life, but also because back and neck issues cropped up in May. He withdrew on the seventh hole on Sunday of the Players Championship, thinking the pain was from a bulging disc, but later discovered it was joint inflammation in his neck. He never missed a start, but a T-4 at the U.S. Open was his best result the rest of the way.

2011 – Woods again damaged his bothersome left knee during the third round of the Masters – spraining the medial collateral ligament (MCL) in his left knee and straining his left Achilles – but he battled through to finish tied for fourth. The injuries forced Woods to withdraw after just nine holes in his next tournament, the Players Championship. He sat out nearly three months, missing the U.S. Open for the first time since 1994. He came back in August for the WGC-Bridgestone Invitational and tied for 37th, then followed that by getting cut at the PGA Championship a week later.

2012 – Left knee issues surfaced yet again in March at the WGC-Cadillac Championship, where he withdrew during the final round. Woods played in the Tavistock Cup, an unofficial event, the next week and tied for fourth, then won the Arnold Palmer Invitational a week later, his first PGA Tour victory since 2009.

2013 – Woods tweaked an elbow injury at the U.S. Open in June. He originally hurt the arm at the Players Championship in May, but he didn’t skip any planned events until he sat out of the AT&T National at the end of June. When he returned for the Open Championship in July, he played OK and finished tied for sixth at +2. In his next start two weeks later, however, Woods won the WGC-Bridgestone Invitational.