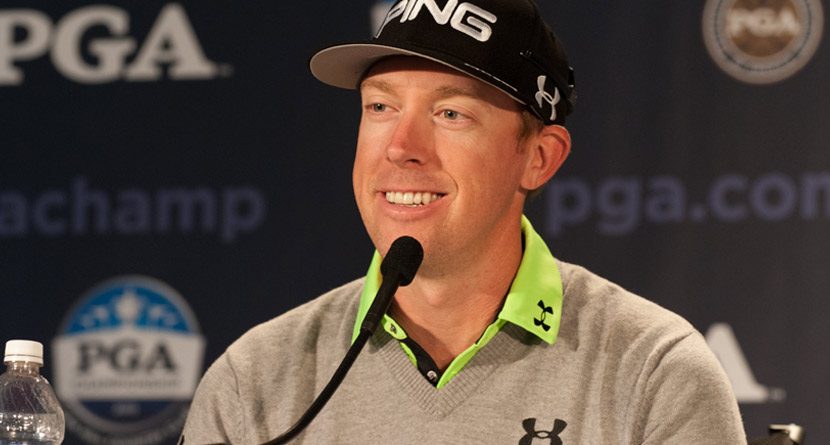 If you haven’t heard by now, Hunter Mahan is the leader in the clubhouse for the “Dad of the Year Award.” While leading the 2013 RBC Canadian Open, Mahan withdrew from the tournament to rush to his wife’s side as she went into labor with their first child. Doing so meant Mahan had to pass on a potential $1 million pay day.

Mahan is back in action this week at the PGA Championship for the first time since becoming a new dad. The Back9Network’s Jennifer Bosworth attended Mahan’s press conference prior to the final major’s opening round, where he discussed his New Dad Awesomeness.

Other Hot Links:
– 9 Best Athlete Music Videos
– 3 Things To Do in Rochester
– Who Is Baba Booey and Why Do Golf Fans Yell That Name?