Hunter Mahan Went Undercover and Unnoticed at Under Armour 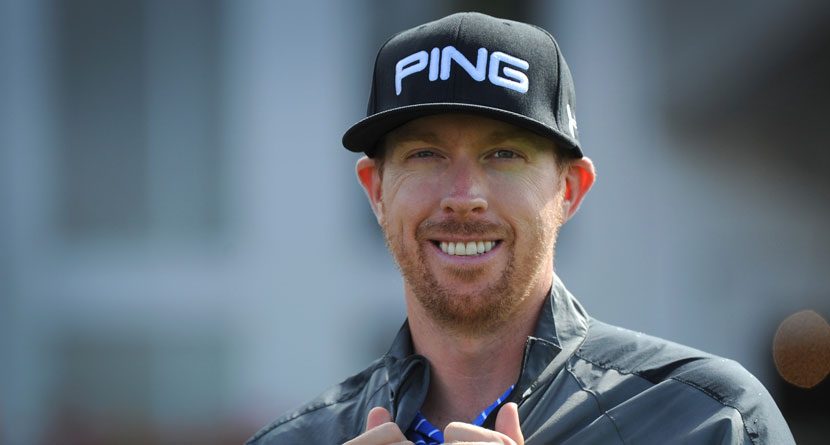 Hunter Mahan is a fairly big name on the PGA Tour. He has five career victories and he’s finished in second place seven times. With his name being at the top of the leader board that much you’d think fans would begin to recognize him.

Clearly that’s not the case. And it’s been proven.

To test this theory, Mahan went undercover at a local Under Armour store to see if shoppers would recognize him as a sales associate. Sadly, not even his fans did.

If only the shoppers knew who they’d taken a selfie with, it probably would’ve made their day.

Mahan did a great job playing the part of “ordinary, non-professional-golfer salesman,” though. Actually, he played it so well that nobody recognized him until they saw his 15-foot poster. Even then, some failed to do so.

In his defense, Mahan didn’t have his usual facial hair. Maybe that would’ve helped. Regardless, he’s still doing pretty well for himself. His incredible house is on the market for a cool $9.5 million, and it’s a steal.