Ian Poulter and Steve Elkington Throw Down on Twitter 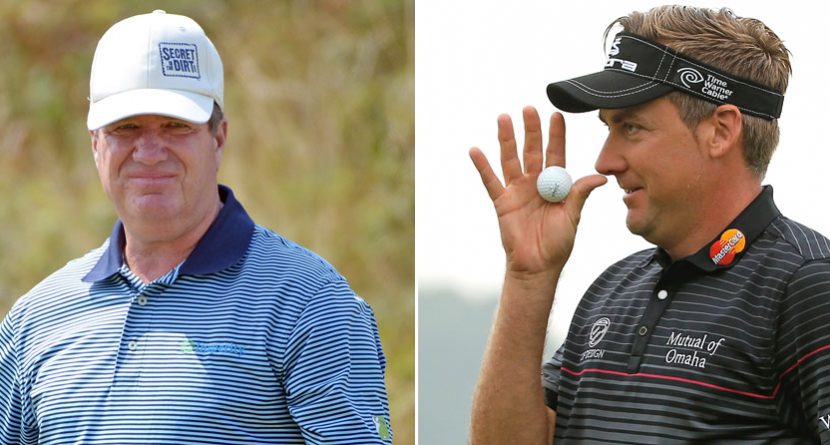 Everybody loves a good Twitter war. So when Ian Poulter and Steve Elkington got into a little tiff on Saturday, the world was treated to another Grade-A bickering between the two fan favorites.

Elkington took the first swing by replying to another Twitter user regarding Poulter’s absence from this week’s Hyundai Tournament of Champions:

Poulter does have quite the impressive car collection. In his typical passive-aggressive manner, Poulter responded to Elkington.

It’s ok he knows he is a total tool. He’s with all his mates. @theconork13 The guy who likes to run his mouth @elkpga sending crap your way

Elkington and Poulter eventually cut out the middle-men and addressed each other one-on-one.

Actually @elkpga I haven’t blocked you I just don’t follow tools. You can give me a lesson in Scotland if you fancy. I will bring the fans.

Finally, Poulter decided to take the “high road” and ended the dispute with this tweet:

Sorry friends for being dragged down by @elkpga. But I don’t put up with people who trash talk behind someones back. It’s Cowardly

Neither Poulter nor Elkington are afraid of speaking their minds, especially on social media. This is just another glaring example of why these two can’t have nice Twitter “things.”