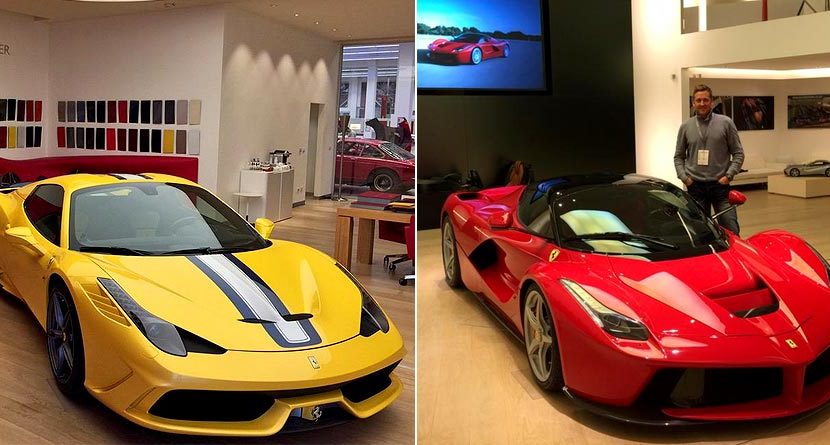 Back in December, Poulter shared with the world that he was going to pay a visit to the Ferrari factory in Maranello to get fitted (yes, seriously) for a new $1.35 million LaFerrari.

To say I’m excited is an understatement. Jan 13th I’m going to Maranello for my seat fitting for this Beauty LaFerrai pic.twitter.com/WSmm7ljWSw

On Tuesday, that visit happened.

As anyone would have done, Poulter shared numerous pictures of his “dream day trip” to Maranello. Here’s how his day went, as told by social media.

He began by warning the folks at the factory that his presence could be expected, and that the espresso machine should be warmed up for him.

In the car on the way to my Dream day trip. Maranello, Italy,  slightly excited.

My friends at @Ferrari please get the expresso machine warmed up @RJ_Nemer and I will be with you in 20 minutes.

At last, he arrived.

And then came the endless number of Ferrari photos … but can you blame the guy? It’s like a kid being in a candy shop.

The Classiche department was incredible to see. I looked at the build sheets for my 275GTB4 hand written in 1967. pic.twitter.com/m7AnhH9wSB

Wide awake so time to post some pics from @Ferrari Classiche department. Every build sheet archived from 1st ever car pic.twitter.com/8U35pd1f0Z

Poulter was even kind enough to share some inside information about his fitting. It appears that he enjoys driving while laying down on a medium sized seat with a large base and a 57-degree tilt … just in case you were wondering.

My seat fitting option was the most laid back position 57degree tilt. Medium back portion of the seat with a large base. Red & a black roof

According to Twitter, Poulter had quite the day, and even signed his first book in Italy just outside the factory.

Just another day in the life of Ian Poulter.