Ian Poulter Is Battling A Case Of The Shanks 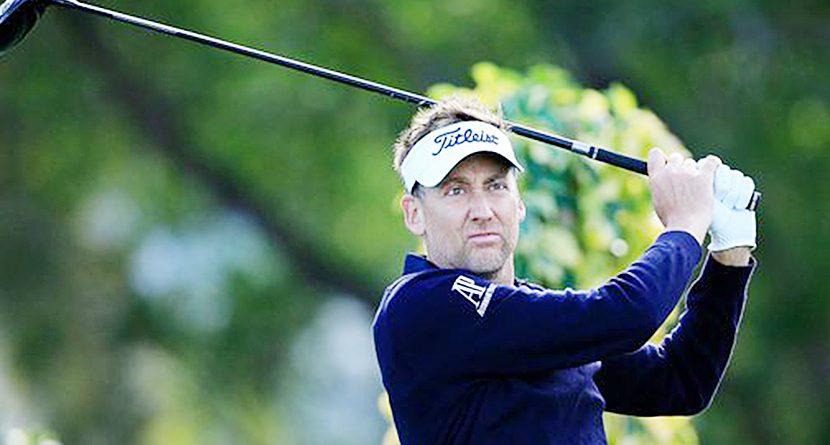 Ian Poulter made some headlines over the past week for being on the receiving end of some heckling and subsequently tweeting at the heckler’s employer. The heckler has since been let go from his job and Poulter has gotten on with his life, but not without some karmic backlash.

During the first round of the Arnold Palmer Invitational, Poulter contracted a “lovely” case of the shanks.

GolfChannel.com has the details:

Poulter was 3 under on his round Thursday when he drove his ball through the dogleg right fairway at the par-4 15th. Playing from the left rough, he proceed to shank his second shot across the fairway and out of bounds, into the NBC/Golf Channel TV compound.

After making double bogey-6, he rebounded with a birdie at the short par-5 16th and a par at the challenging par-3 17th.

A 295-yard drive in the first cut at the 18th left him position to close his round on a positive note – but he shanked the ball again into the lake short and right of the green.

Here’s what those shots looked like on the PGA Tour’s Shot Tracker: Poulter managed to play the weekend at Bay Hill despite the bought with the hosel rockets. Entering Sunday’s final round, he’s 2-under par for the tournament and in a tie for 46th.