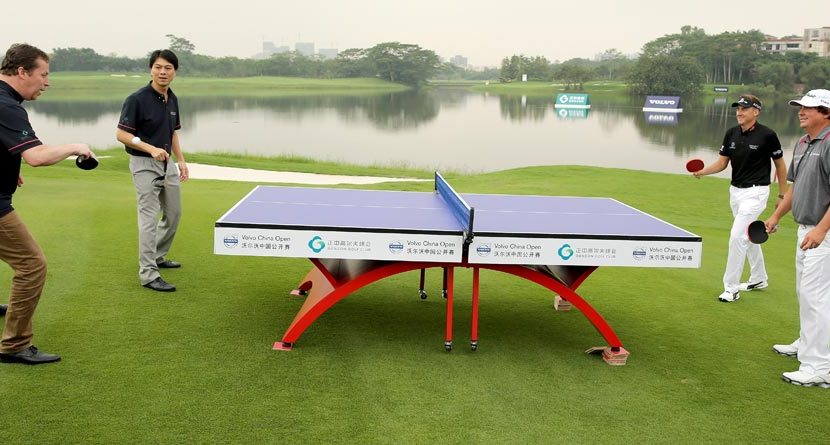 Few tournaments do a better job of creating hype and putting on a show than events in the Far East. From crazy costumes to sword play, there always seems to be some very interesting sights and sounds from the opening ceremonies.

From the video, it looks like the Poulter and Dufner held their own against these guys. A pingpong craze has been sweeping the golf world lately so I’m sure these two have been working on their games. It probably helped, too, that the guys on the other side of the table weren’t using regulation paddles. They swapped those for driver heads.

Who knows? Perhaps this test of hand-eye coordination will be an advantage for these two golfers this week? Table tennis has become one of the most popular downtime activities among tour pros. Sure, it’s fun to play but there’s got to be something more to it, right?