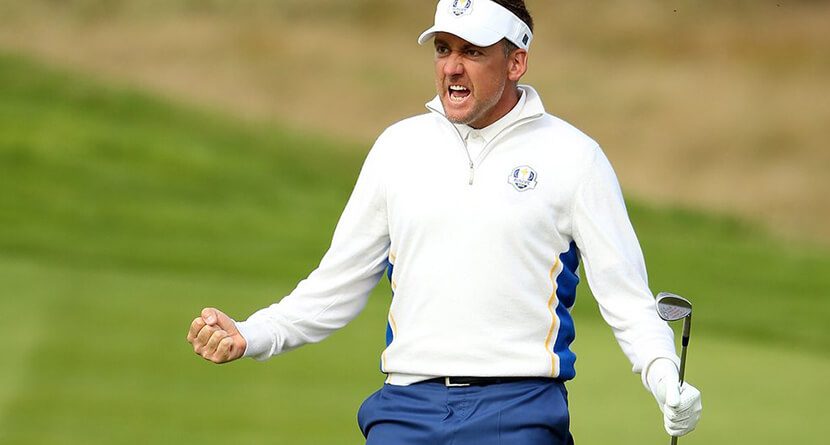 Americans who thought that the arthritic foot injury that will sideline Ian Poulter for the next four months would preclude the 40-year old Englishman from taking part in the Ryder Cup better think again.

Just days after announcing that he wouldn’t be playing competitive golf for the rest of the PGA Tour season, Poulter was tapped by European captain Darren Clarke to be the team’s fourth vice captain joining Thomas Bjorn, Padraig Harrington and Paul Lawrie.

Honored to be asked by Darren to assist him at the @RyderCupEurope as vice Captain. I will help in anyway I can for the Team to hold that


The New York Times had the reaction from Poulter and the captain.

“When it became clear, given my current foot condition, that I would not be in a position to try and qualify for the team for a sixth time this year or indeed be able to justify a wild card pick, I was truly honored and delighted to be asked by Darren to be a vice captain,” Poulter said in a statement Monday.

“The best moments of my career have come when I have been wearing the blue and gold crest of Europe on my chest, knowing at the same time that the contest means so much to every European player and to every European fan, either in the crowd or watching back home on television.”

The 40-year-old Poulter has won the Ryder Cup in four of his five playing appearances.

“Ian’s Ryder Cup record speaks for itself and stands comparison with anyone in the history of this great contest,” Clarke said. “It goes without saying what a vital presence he will be in our team room come September.”

The matches will be held Sept. 30-Oct. 2 at Hazeltine National Golf Club in Chaska, Minn.