Ian Poulter Rants On Twitter About His Putting, Even After Lesson 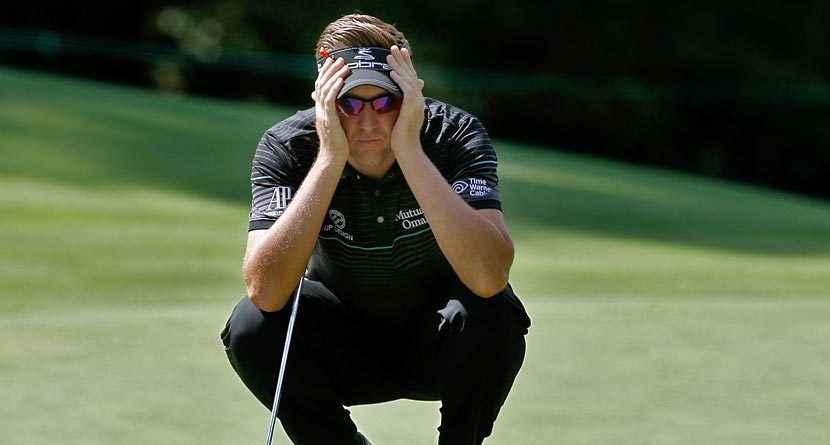 After missing a five-foot putt to force a playoff at the Turkish Airlines Open on Sunday, Ian Poulter was contacted by Greg Norman via Twitter (of course) about an “easy fix” to improve his putting. Poulter said he’d give the Shark a call, with the hopes of polishing up his game with the flat stick.

I will give you a call @SharkGregNorman. Thanks Poults.

The two reportedly spoke on the phone on Tuesday night, but Poulter was reluctant to share the advice to the public. I guess we’ll just have to wonder what was said, but it doesn’t appear to have worked.

Poulter went on a mini Twitter rampage Thursday after posting a 3-over 75 in the first round of the DP World Tour Championship. The subject of that rant: his putting.

Here’s what he had to say:

Well, that escalated quickly. Missing seven of eight putts inside 10 feet will never sit well with a PGA/European Tour player, so his displeasure is understandable. After his round, Poulter did what every great golfer would do following a rough day on the greens:

Off to the putting green……

Maybe another call to Norman will do the trick, or maybe not …