Ian Poulter Tries To Get Heckler Fired From His Job 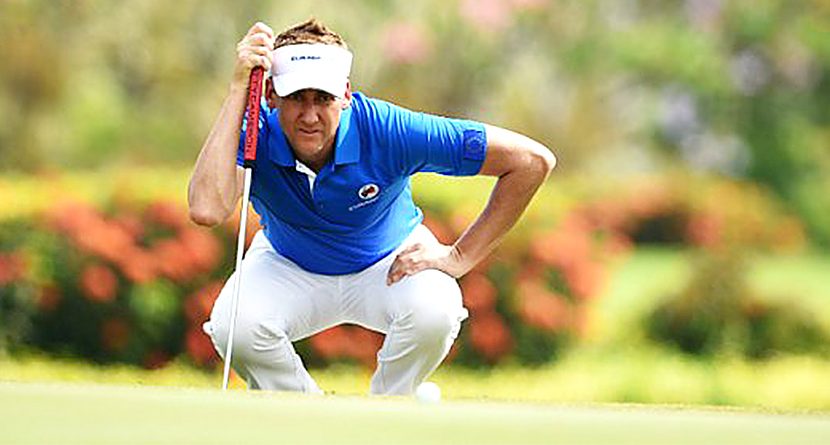 Things haven’t been going too well for Ian Poulter on the golf course recently. The Ryder Cup stalwart has played in five PGA Tour events in the wraparound 2015-16 season, making the cut in three and finishing inside the top-30 exactly zero times.

Things have gone only slightly better on the European Tour over the same period for the Englishman, albeit his lack of form has relegated him to No. 67 in the most recent release of the Official World Golf Rankings.

Currently on the outside looking in for next week’s WGC-Dell Match Play, the site of his lone Stateside PGA Tour victory, Poulter has been frustrated with his play over the first few months of 2016 — a Ryder Cup year! — and on Sunday at the Valspar Championship, he proved that his skin is only getting thinner.

En route to his second weekend round of 4-over par 75, Poulter was on the receiving end of some heckling.

Turns out the fan in question was J.J. Downum, the Assistant Athletic Director for Development at Florida Southern College. Downum fired off a few more tweets to Poulter, which have since been deleted, and after his round, Poulter decided this was the perfect opportunity to try to get the heckler fired from his day job.

I’m sure @FSC_Athletics & @FscSports are really proud of your professionalism. I wish you the very best Ian pic.twitter.com/jqFa3WVuDC

No word yet if FSC is, in fact, proud of Downum’s professionalism.