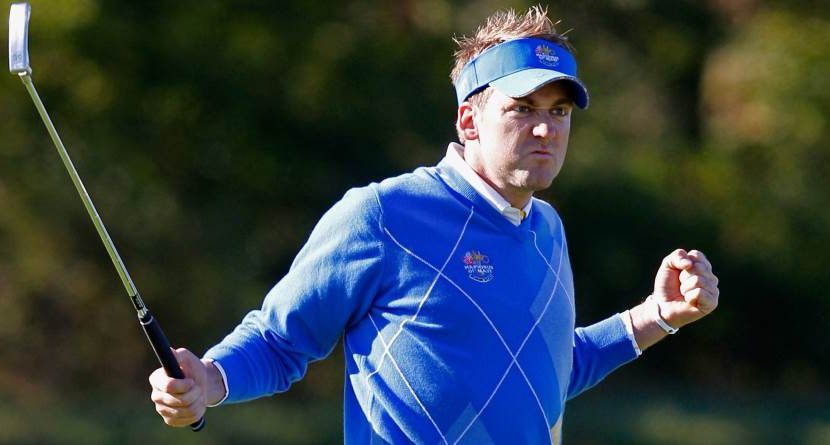 Flummoxed after his 2-over-par, T-25 finish at the European Tour’s French Open over the weekend, Ian Poulter sought to change things up with the Open Championship less than two weeks away. So he hopped on Twitter and asked for a new putter:

I am sacking my putter, I will use a new putter at the Open. Putter manufacturers please send me some to try to my IJP office please.

I’m not blaming the putter, I’m saying I want to use a new one. Every time I change I’ve had big success with a new look.

Just some times you just need to look down on something new. And it’s time. I holed 2 birdie putts today. 1 was 12″ and the other 4″

It’s my Ryder Cup putter and I think it needs a rest in my trophy cabinet. Time for a change. Need a good visual for the Open.

That was Sunday. By Monday he realized the barrage he was about to experience.

Looks like I’m going to have putters coming out of my ears in the next few days. Good that means lots of practice in my future.

Within the hour, Poulter realized he’d passed the 1.5 million mark in Twitter followers and suggested a contest may be on the horizon.

I’ve just seen that I just went thru 1.5 million mark on twitter. So I feel a competition time coming on. Watch this space. I will be back.

Here’s betting he gives away a putter or two.