If Inbee Park Wins 4th Major, Do We Call it a Grand Slam? 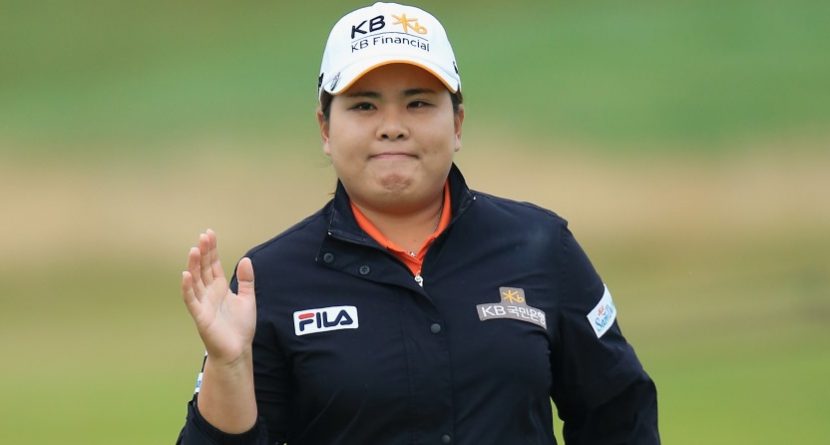 Remember all the hype last month about Inbee Park shooting for a fourth consecutive major? To become the first pro golfer to collect four majors in one season?

Well, she faltered at the Women’s British Open, tying for 42nd. Now it seems as if no one realizes she can still win four professional majors in one season – a feat no one else in the world has ever accomplished.

That’s because the Evian Championship, taking place this week in Evian-les-Bains, France, is now the LPGA’s fifth major. Though it has long been a well-financed event – and thus, well-attended by players – this marks its first year as an official major.

So what if Park wins this week, collecting her fourth major of 2013? Does that constitute a Grand Slam? Or just a great season because she didn’t win them all?

Had the Evian been a major in 2012, we could give Park credit for an Inbee Slam. She won the Evian last year, then went on to win 2013’s first three majors.

Regardless, a win this week for Park would be nothing short of remarkable. People may not credit it with being a “Slam,” but it could still be argued as the finest season a golfer has ever had.

Bobby Jones’ Grand Slam in 1930 – back when the U.S. Amateur and British Amateur were considered majors – would rank up there, as would Woods’ 2000 season, when he claimed the U.S. Open, Open Championship and PGA Championship. On the women’s side, Babe Zaharias winning each of the three majors in 1950 warrants mention.

But Inbee’s feat – if she triumphs this weekend – would rank higher because she beat all the best golfers of her gender four times in one year at major championships.

Though she is the favorite because she’s shown a knack for winning big events, Park is a little more human these days. She boasts six LPGA victories this season – the Honda LPGA Thailand, North Texas LPGA Shootout, and Walmart NW Arkansas Championship, in addition to her three majors, the Kraft Nabisco Championship, Wegmans LPGA Championship, and U.S. Women’s Open – and remains ranked No. 1 in the world. But her last victory was that U.S. Open title in late June. So nothing’s a given.

Yet considering the history of which she’s on the brink, the Inbee Park hype train should still be rolling.