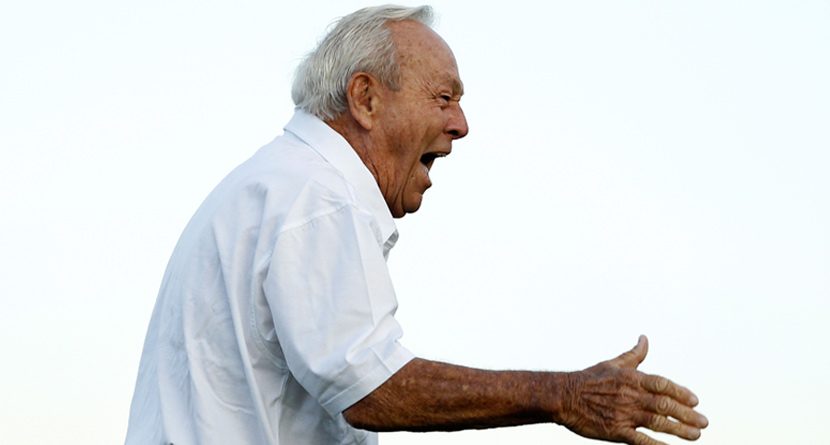 The back-to-back aces by the son of San Jose Sharks head coach Todd McLellan last weekend was pretty impressive, but a similar feat happened 28 years ago by a golfer by the name of Arnold Palmer.

The PGA Tour returns to Bay Hill Club & Lodge this week for the Arnold Palmer Invitational, and on the King’s official website is a story in which Palmer’s longtime assistant, Doc Giffin, describes Palmer’s mastery of one of golf’s most difficult shots and the issues of compiling all of them.

“As near as we can figure, he’s had 20, but there might be more out there he’s forgotten, like one in Cleveland,” Griffin said.

In an illustrious career that included 62 victories on the PGA Tour, Palmer had a memorable 1965 season in which he had three aces in March, May and September. His longest ace drought was 13 years between No. 9 in September 1966 and his 10th on Sept. 27, 1979, on the second hole at Bay Hill’s Charger course.

But a historic moment came on Sept. 2-3, 1986, during the Chrysler Cup Pro-Am at the TPC at Avenel in Potomac, Md. Palmer successfully aced the 182-yard third hole on consecutive days, a feat that was and remains never done in professional golf.

Impressively, his most recent ace came at Bay Hill two months after his 82nd birthday in 2011.

Giffin also told ArnoldPalmer.com that the King had a way of treating his aces “the way the rest of us treat a drawer full of old socks.”

“Sure, there are some interesting pairs in there, but mostly there are neglected singles and evidence that more than a few might be lost to the laundry,” Giffin joked.