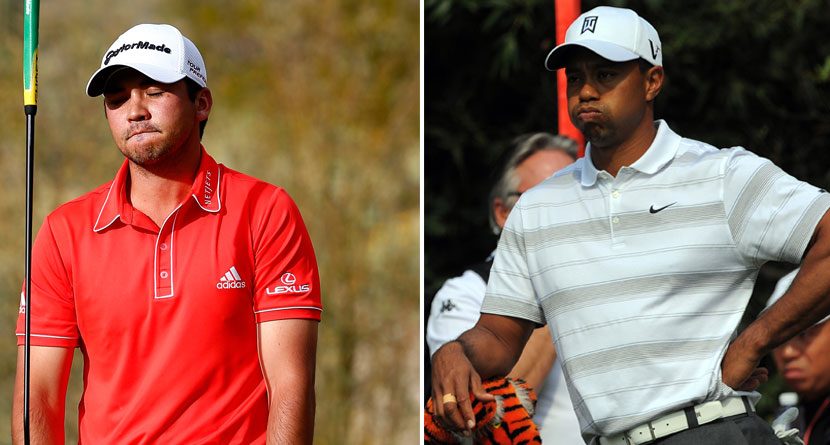 Some of golf’s biggest names have unexpectedly caught the injury bug with little more than a week to go before the Masters tees off at Augusta National.

Tiger Woods’ recurring back spasms continue to be the subject of chatter as he contemplates whether or not he’ll compete for a fifth Masters championship. He pulled out of the Arnold Palmer Invitational a couple weeks ago and was limited to just 13 holes of the final round at the Honda Classic earlier in the month.

Last week, the world’s top-ranked player spoke briefly about his status, saying it was still a little too soon to determine what he plans to do.

“I had a couple weeks off, was getting treatment and trying to get ready for Augusta,” Woods said. “As of right now, it’s still too soon. As I said, that’s very frustrating.”

Meanwhile, Phil Mickelson’s quest for a fourth green jacket has taken a step back. He was forced to withdraw from the Valero Texas Open over the weekend due to a pulled muscle on his right side. Mickelson had planned a trip to Augusta following the Valero but has scratched that, choosing instead to head back to San Diego and have his muscle looked at.

Fortunately, it’s not Mickelson’s back, which forced him to pull out of the Farmers Insurance Open in January after making the cut.

And a third big name dealing with injury is Jason Day. After winning the WGC-Accenture Match Play Championship, Day withdrew from the WGC-Cadillac Championship citing a thumb injury. Day’s doctors said there was no damage, but he still hasn’t played since his victory in Arizona.

And so continues the string of big-name PGA Tour stars withdrawing from tournaments. While no one is really worried about Bubba Watson’s allergy withdrawal, there is concern in the camps of Woods, Mickelson and Day, all of whom have had great success at Augusta.

Woods has won four times and hasn’t missed a Masters Tournament in his career. Three-time champion Mickelson hasn’t missed the tournament since 1995. And Day, despite only playing in the event three times, has finished T-2 and third in two of those events.

Only time will tell whether these guys will all be ready for the Masters, but it is hard to imagine not having these three guys playing for a green jacket in April.