Inside the Ropes: My Last Days in Australia 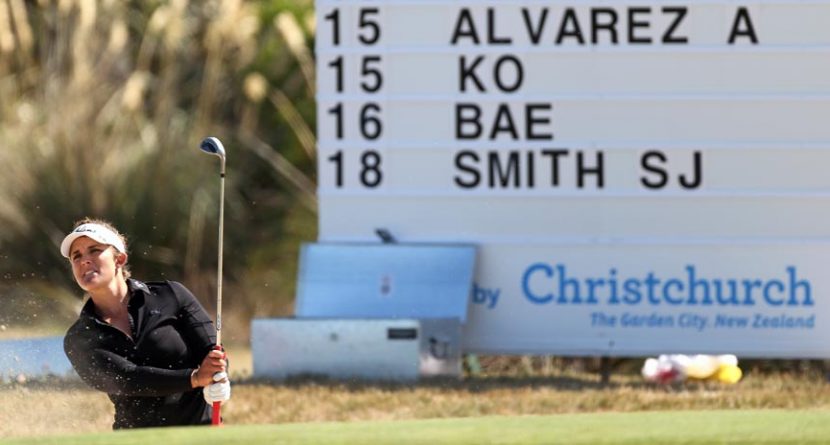 I’m sitting in a great little coffee shop right now in the heart of Melbourne, watching the people pass by and contemplating my last day here.

Related Link: Inside the Ropes: The Life of a Pro Golfer

This week, after missing the cut by two at the Australian Open, I at least had the time to explore this city that everyone has told me is one of the best to visit.

Melbourne is young, trendy, and depending on the neighborhood, it can be hustling and bustling, or quaint and cheerful. And they love sports.

If you think America loves football, or ‘gridiron’ as they call it in Australia, you have no idea how far the obsession goes for sports here. The Australian Football League (AFL) takes up the majority of the sports section and every host family I stayed with made sure to watch each game faithfully, even if their team wasn’t playing.

This is a special city, and while I would have loved to be playing instead of exploring, it makes me appreciate how big and special the world we live in is.

What I gathered the most from my travels though is how far the love of golf has spread. Unlike football, baseball, soccer, or basketball, golf is a sport where no matter what country you go to, you’ll find someone who loves it. While some people in Australia kept up a little bit with the Super Bowl, most didn’t care about the results. But in golf, every fan has a favorite player and that player doesn’t have to be from their country.

The fact that I can travel around the world and talk with people about their favorite players on the LPGA and PGA tour, that there is a common bond, makes golf incredibly personal. I don’t know any rugby or cricket players. Many people in Australia don’t know who plays for our football or baseball teams.

What is it that makes golf so special? In my opinion, it’s because it’s such an individual sport. Each player on tour has a different swing, a different strength, and different weakness we can relate to. Some professionals had stellar amateur careers and others just decided to go to Qualifying School to give it a whirl and ended up playing on tour. And as golfers all of us can relate to the agonies of another golfer: seeing someone miss a short putt, get an unlucky bounce, or lose a tournament by one shot.

Most of us don’t know what it’s like to get tackled by a 240-pound defensive end made of of pure muscle. In golf, it’s a sport that anyone can play if you make the time or have the resources. It’s not like you need to gather a team to play. If you choose, you can go early before work and get a quick 9 in or head to the range afterwards to decompress after a long day.

Golf, unlike other sports, doesn’t require you to be in extreme shape. You can play in a cart or walk if you like. You won’t sustain injuries such as concussions or broken ribs. It’s a sport you can play years down the road and your body can adapt to your own physical changes even if it means not playing as well as you used to. And it is a sport of personal integrity. When have you ever seen players on teams call penalties on themselves? And even though tennis is an individual sport in certain ways, I’ve never seen a player call his or her own shot out of bounds.  You are your biggest competition.

The rules of golf are basically universal. A whiff counts as a stroke and you can’t ground your club in a bunker. While different country clubs have local rules, how you take a drop or declaring a lost ball is essentially the same.

And the other thing I love about golf is no course is the same. Cricket fields vary from 450 to 500 feet, football fields are all the same length, the distance between bases in baseball is the same at every stadium, and in professional basketball the court is the same size in every arena. With golf the sport varies from course to course and requires different strategies and shots.

Florida has different grass than California, and in Scotland you better know how to hit low and be extremely creative.

Am I saying golf is the best sport in the world? I would like to say so, but I don’t want to make the other sports feel bad about themselves. However, golf trumps all other sports because its individuality, if I do say so myself. It’s a sport that connects people every day through new friendships on the course and no matter where you travel, you will find someone with the same passion and love for the game.

So Australia, thank you for the amazing time and for showing me the same amount of enthusiasm that I have for this game…even if it can drive us crazy.

Anya Alvarez has been playing golf since she could walk and enjoys spreading her joy for the game. She is originally from Oklahoma, went to the University of Washington, majored in history and played four years on the golf team. Alvarez found herself wishing for warmer weather and figured Florida might be a good fit. Turns out she really enjoyed the sunshine. She had a brief stint on a reality golf show called “Big Break: Atlantis” and although she didn’t win, she eventually earned her LPGA card.  She played other sports growing up, but hated running so stuck to golf.