Is A Tandem Bike Vs. BMW i8 A Fair Race? 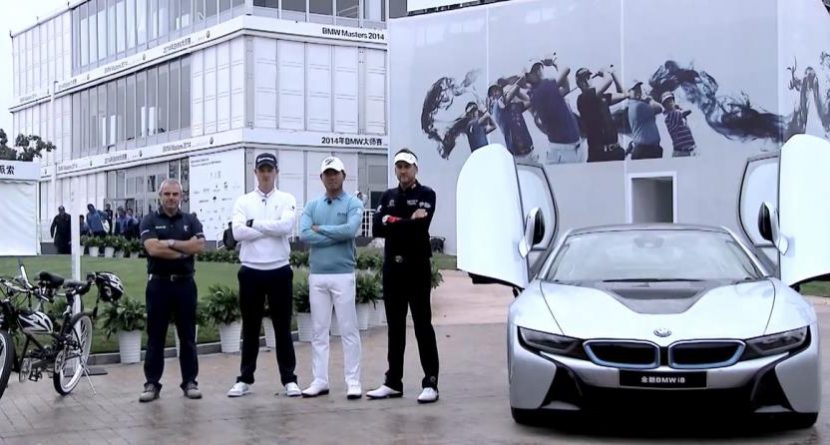 Justin Rose, Paul McGinley, Ian Poulter and Wu Ashun are all in Shanghai playing the European Tour’s BMW Masters. And any event sponsored by BMW gives the automaker yet another opportunity to show off its slick new i8 sports car.

So BMW and the European Tour decided to stage a race: the i8 vs. a tandem bike. Seems a bit unfair, no? Well, not when the bike can cut through the course.

McGinley, the recent European Ryder Cup captain, hops on the bicycle with his Ryder Cup hero, Rose, while Poulter jumps into the driver’s seat of the BMW with Wu riding shotgun:

Of course it ends in a tie. Who didn’t see that one coming?

Leave it to Wu, the biggest star in the whole video (he’s the second highest-ranked Chinese golfer in the world at No. 238), to hole out from a bunker to win the challenge.