Is Georgia The Best State For Golf? 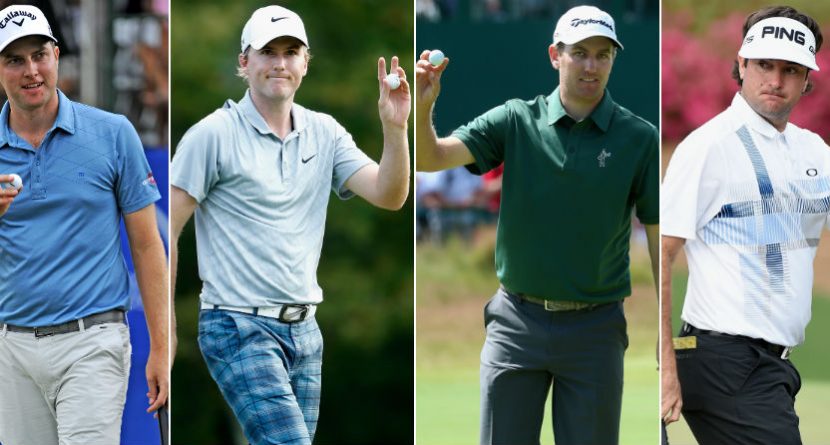 It seems fitting that the PGA Tour season comes to an official close this week in the state of Georgia. It’s almost as if the tour’s last event symbolizes the circuit coming full circle.

Sure, there’s meaningful golf played in late September and all the way through March the following year. But really, the heart of professional golf season commences in Augusta, Ga., in April (the Masters) and concludes in Atlanta, Ga., in September (the Tour Championship).

Especially this year, there’s no better state to start and end the season. Florida might boast the most golfer residences, and feature year-round golfing weather, and hold the most PGA Tour events (along with California, which also has some nice weather), but its northern neighbor can claim the best 2014 on tour – as it pertains to alumni, that is.

The top 30 players in the FedExCup standings (minus Dustin Johnson) are taking on the course at East Lake Golf Club this week with hopes of snagging the $10 million bonus that comes with winning the FedExCup. Of the guys in the field, seven attended college in the state of Georgia.

Four of the seven Georgia boys competed at the University of Georgia: Chris Kirk (No. 1 in FedExCup points), Bubba Watson (No. 3), Russell Henley (No. 20) and Brendon Todd (No. 27). Then there are two guys from Georgia Tech – No. 8 Matt Kuchar and No. 19 Cameron Tringale – and one who starred at Augusta State – Patrick Reed at No. 18.

Those four Georgia Bulldogs won at least once on the PGA Tour this year (Kirk and Watson twice), as did two others who were eliminated from the FedExCup playoffs after last week’s BMW Championship: Harris English and Brian Harman. And at the 2014 U.S. Open, Georgia led the way with eight alumni in the field (Harman didn’t qualify, but Eric Compton, Kevin Kisner and Hudson Swafford did).

These nine guys, along with Ryuji Imada and Justin Bolli, have combined to earn $24,975,844 on the PGA Tour this season, according to The Rivals Cup (entering the Tour Championship). That’s more than twice the amount collected by the No. 2 school – Oklahoma State with $12,271,916. And speaking of OSU, that’s the college with second most alumni in the Tour Championship: Rickie Fowler, Hunter Mahan and Morgan Hoffmann.

No. 3 on the PGA Tour college alumni money list is Georgia Tech ($11,780,822), and Augusta State is No. 14 ($3,886,634, all from Reed) – further reinforcing the state of Georgia’s dominance on tour this year. Arizona, Florida and Texas schools combined to make decent coin, but those states’ stashes are dwarfed by Georgia’s.

And so, just as it’s fitting for the season to end in Georgia, it would seem right for the Tour Championship to be won by a player with ties to Georgia. After all, the “real” season started in Augusta, where Georgia’s Watson won the Masters. No player from Georgia has ever won the FedExCup.

This would be the year. And what do you know? Kirk’s tied for the lead after the first round, with Watson and Reed a stroke back, and Kuchar and Tringale two shots back.