Is Rory McIlroy Dating A Model? 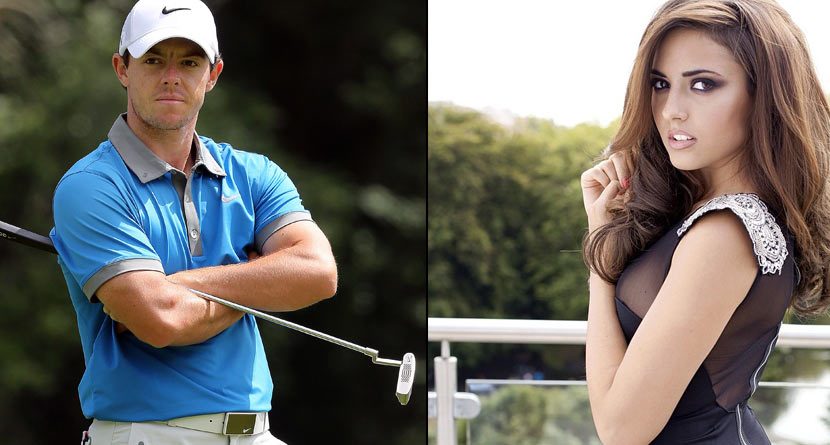 It hasn’t been long since Rory McIlroy and Caroline Wozniacki split but it seems like the former world No. 1 is ready to move on.

The Belfast Telegraph caught McIlroy out on the town with Irish model-turned-singer Nadia Forde. As the Telegraph reports, “They’ve denied they are dating. But Rory McIlroy and Nadia Ford were recently spotted looking very comfortable on a night out together in Dublin.”

One witness from the club said the two were laughing and joking and that “they really didn’t care who saw them.”

According to the report, McIlroy and Forde were out in a group of people but that the two spent most of the evening “getting close.”

Both Forde and McIlroy have denied they are an item but that hasn’t stopped the speculation. According to Paddy Power, Forde is the favorite to become Ror’s next squeeze at 6-1.

Photo Gallery: The Best of Nadia Forde On Instagram Related Link: Rory McIlroy Will Play for Ireland in 2016 Olympics

Other Hot Links:
– Did Caroline Curse Rory?
– Back9Network Launches On DIRECTV Sept. 29
– Bubba Watson Gets Awesome Ryder Cup Shoes From Oakley
– The Fringe: John Daly Is A ‘Real American’
– Factory Worker Qualifies For The Open With Borrowed Clubs
– Tweek in Review: The Week’s Best Tweets
– The Dufners Had A Better Fourth of July Than You
– The Breakdown: The Numbers Reveal 2014’s Hottest Golfer