Is Sergio Garcia’s Nephew the Next Bubba Watson? 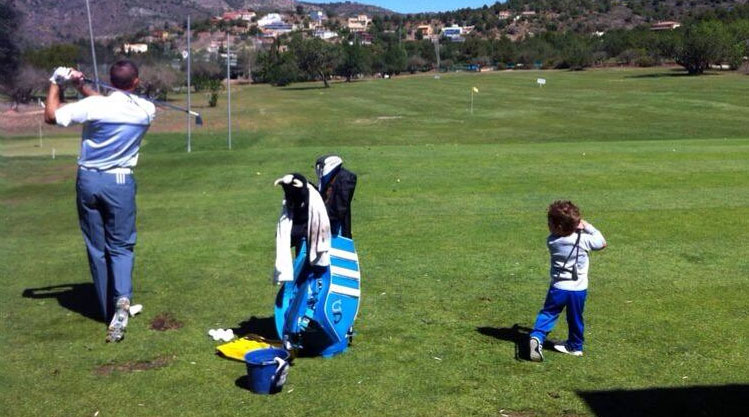 Sergio Garcia took some time to practice his swing on Friday under the watchful – and mimicking – eye of his little nephew. By the looks of the photo Garcia posted on Twitter, his nephew is a power lefty not unlike Bubba Watson.

As PGA.com’s John Holmes says, the 2-year-old is the son of Garcia’s sister, Mar, and her husband, Pablo Hernandez. Apparently Mar is one heck of a golfer in her own right, and Pablo is a professional soccer star for Swansea of the English Premier League. I’m going to guess their little guy has some athletic genes waiting to be unleashed onto the golf world.

Other Hot Links:
– Tiger Woods Eyeing Return at 2014 Open Championship
– Pulling a Cart Can Be Tough, So This Robotic Cart Follows You
– Ian Poulter Mistake Gets Animated Responses
– Bubba Watson Returns Home, Tosses Wahoos’ 1st Pitch
– Which Golfers are Earning the Most Money Per Round?